The impact of volcanic ash has been underestimated 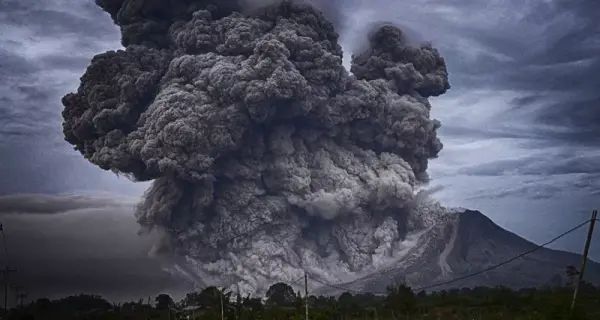 This is the conclusion of researchers from the University of Colorado, who studied the consequences of the eruption of the Kelut volcano, on the Indonesian island of Java, which occurred in 2014.

In particular, based on the data obtained and computer simulations, scientists have found that volcanic ash can remain in the atmosphere for much longer than previously thought. Even for several months, depending on the strength of the eruption.

Scientists collected data on the composition of the atmosphere for several months after the eruption of Kelut. Analyzes showed that, for example, a month later, there were many heavy particles in the air, which in fact were, as scientists say, ash.

Moreover, it has long been known that volcanic eruptions have an impact on the climate. This is mainly due to the release of sulfur-rich particles, which high in the atmosphere can block sunlight from reaching Earth. But now researchers are saying for the first time that ash may also play a large role in the cooling effect.

So far, researchers cannot say with certainty how volcanic ash, which they discovered, remains in the atmosphere for a long time, can affect the climate. But they believe it could potentially help cool the planet, as well as reach the poles, where chemical reactions can begin that lead to the destruction of the ozone layer.