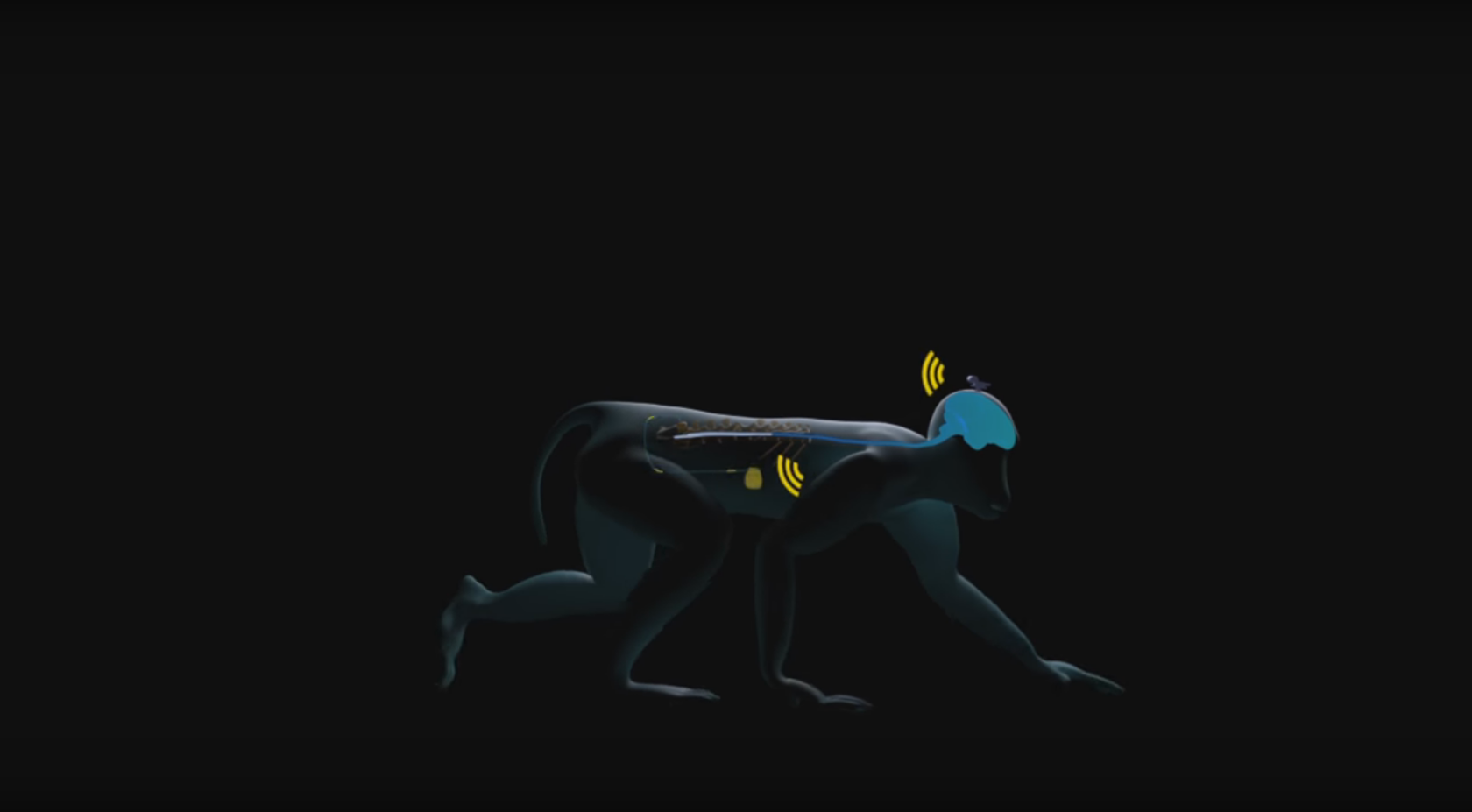 For the first time for all history of science the neurodevice was used for mobility resetting to the paralyzed primacy. Before tests in public there can pass years, but this break is important achievement both in medicine, and in neuroimplantation.

The new research published in Nature log describes the neuroprosthetic interface which operates as a wireless communication between a brain and a backbone, bypassing damage. The system is called “the interface a brain backbone”, and it returned movement to the paralyzed right paws of two macaques Rhesus factors. The system was developed by the neuroscientist Grégoire Courtin and his colleagues at Federal polytechnical school of Lausanne.

Paralysis occurs when injury of a spinal cord hinders with receiving signals from a motive cerebral cortex. The neuroartificial limb implanted into a brain of a monkey overcomes this problem, just bypassing the damaged place — and in real time and by means of wireless signals. The neuroartificial limb correctly interprets the signals generated by motive bark and on system of electrodes transfers them to a spinal cord below the damage. The discharge in several volt made in the correct place launches certain muscles in legs. Monkeys with an implant could walk already six days later after an injury.

During the experiment the device allowed monkeys to walk and operate freely without difficult network of wires and electronics. Monkeys with the partial injuries of a spinal cord showed immediate progress and could recover completely mobility in three months without any additional procedures.

Scientists hope that their neuroartificial limb will help also in case of more serious injuries though here most likely additional procedures, like chemical and electrical simulation will be necessary. In addition, the new system increases plasticity of a brain: communications between neurons amplify when they become the active at the same time. So the neuroartificial limb can strengthen the existing motive communications.