The independent colony on Mars is impossible 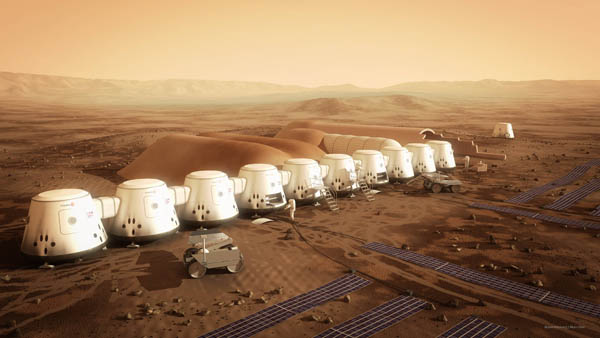 Experts came to a conclusion that creation of independent colony on Mars is impossible in foreseeable, and it is possible, and in the far future. Social and economic contradictions will become the reason of it.

Recently American businessman Elon Musk presented the concept to Interplanetary Transport System. Within it it is offered to create the ship which will be able to transport up to one hundred colonists on the Red planet. But it only beginning: in the future the head of SpaceX hopes to move one million inhabitants of Earth for Mars and to create there the settlement which will not depend on the native planet. This step seems to his ideological inspirers nearly as the single rescue of a civilization from terrestrial problems which expect it. Among them there are wars, natural cataclysms, extremism etc.

Now the editorial office of the Nature magazine – one of the most authoritative general scientific magazines – recognized plans for colonization of Mars impractical. If to be more precisely, then it is about impossibility of creation of the uniform Martian colony independent of Earth. The reason of it is prime – money. Only the rich countries and powerful corporations can provide an expedition to Mars. But they will not do it just like that. From colonists, according to the editorial Nature, sponsors will demand the exclusive participation on stream of natural wealth of the Red planet. So “Martians” will be completely dependent on the sponsors, and so will be with each expedition. To build bases and to create life support systems at colonists it will not turn out.

Gradually far-out planet will be divided into spheres of influence, and the “Martian” policy will become a part of “showdowns” on Earth. The same concerns possible lunar colonies. In general, in Nature consider settlements, independent of Earth, dreams, but not reality.