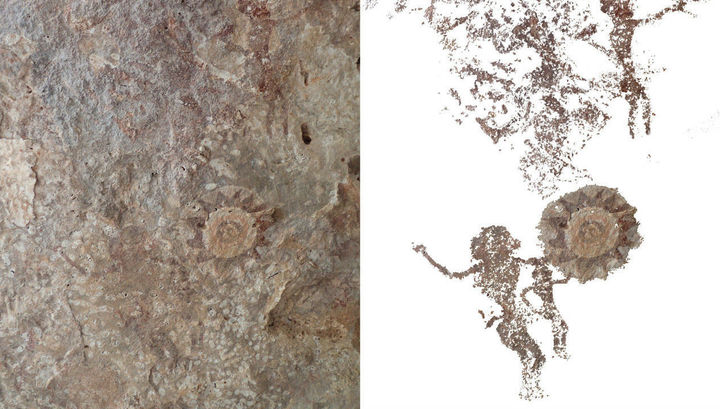 For unknown reasons, the Indonesian island of Kisar, located north of East Timor, was previously of little interest to archaeologists. Therefore, it is easy to imagine the surprise of Professor Sue O’Connor (Sue O’Connor) and her colleagues when they first visited this place and immediately came across numerous rock paintings of people and animals.

“These Indonesian islands were the heart of the spice trade that has been here for thousands of years,” O’Connor says in a university press release, “The pictures we found depicts boats, dogs, horses and people who often hold something, “Other scenes depict people playing drums, probably during a ceremony.” 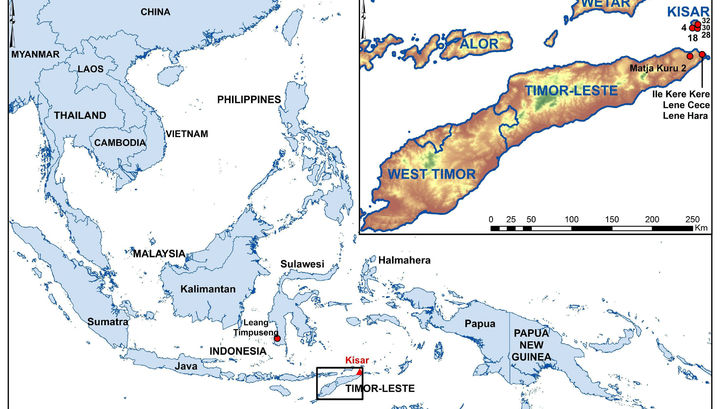 Archaeological finds in this region are of great historical value, because Southeast Asia and its island part is one of the cradles of human civilization. The new discovery reveals for the first time the close historical connection between Kisar and the neighboring island of Timor. The images in some of the drawings are very similar to the examples of rock art found in East Timor. A distinctive feature of art on both islands is the small size of human and animal figures, most of which do not exceed 10 centimeters, but at the same time look very dynamic.

Scientists believe that people moved actively from island to island about 3,500 years ago, when Austronesian peoples mastered this region, bringing with them pets, including dogs, and, probably, spreading grain crops.

Some drawings feature iron drums that first appeared in northern Vietnam and southwest China about 2500 years ago, after which they spread widely throughout the region. This suggests that at least some of the paintings belong to a later period, when the exchange of expensive goods led to the emergence of a hierarchy on the Indonesian islands. 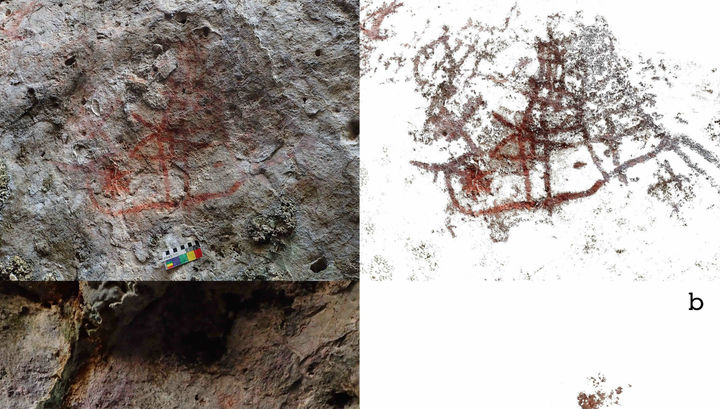 In the publication Cambridge Journal of Archaeology was published a description of the drawings from the first five sites, which Australian explorers had time to examine in detail. A total of 28 such sites were found.

Rock paintings in good preservation and impressive amounts are a rarity and a real storehouse of information. So in the near future we are surely waiting for new discoveries.