The Indus civilization existed long before the Egyptian and Mesopotamian 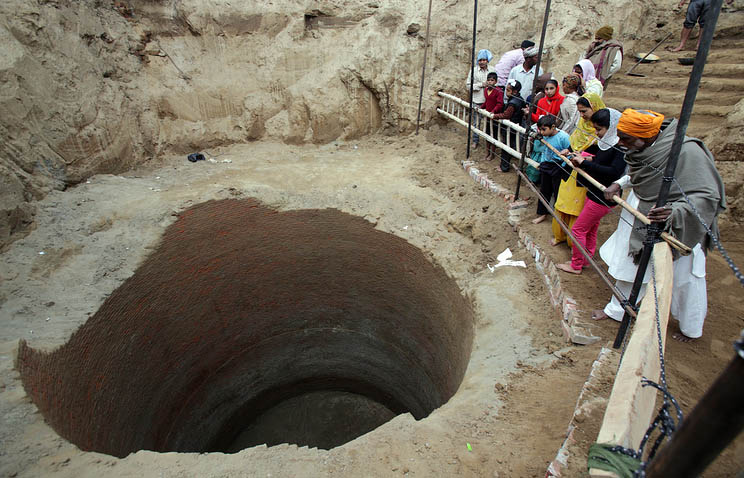 The civilization of the Indus valley, also known as the Harappan, much of the ancient Egyptian (7000-3000 BC) and Mesopotamian (6500-3100 BC). According to a group of scientists from the Indian Institute of technology Kharagpur (ASI), Harappan civilization originated at least 8000 years, and not 5,500 years ago, as previously thought.

“We have restored, perhaps the most ancient ceramics in the world, using the technology of optically stimulated luminescence on pottery shards left by this culture 6 thousand years ago, and also on materials of excavations of cultural layers over the age of 8 thousand years,” – said the head of the Department of Geology and Geophysics, ASI Anindya Sarkar.

Modern archaeology is still considered pre-Aryan Harappan civilization of the third-time appearance in the ancient East after the Egyptian and Mesopotamian. However, it turned out that historically, this vast area has developed much faster than the neighboring regions. It is already known that it occupied the largest area – about 800 thousand square meters. km, which is much greater than the territory of the early States of Mesopotamia and Egypt.

A little over a hundred years ago scientists believed that the first creators of civilization on the Indian subcontinent were aliens arias. Harappa, in contrast to most other ancient civilizations, was discovered and began to be studied relatively recently.

The scientific world first learned about it in the 60-ies of the XIX century, when, near the small town of Harappa in the Punjab in the construction of road embankments samples were found characteristic of the civilization of stamps-stamps. On unusual artifacts drew the attention of the officer of the engineering troops of Alexander Cunningham, later the first head of the Archaeological service of India, who is considered one of the founders of Indian archaeology.

For a long time many researchers believed that the disappearance of the Harappan civilization occurred because of the displacement it came the Aryans. However, new research has shown that the cause of the decline of ancient culture were the changes of climatic and geological conditions.

The Vedic texts speak of three great rivers of their time – the Ganges, the Yamuna and the Saraswati, but now there are only two, so for a long time, was considered the mythological Saraswati river. But nowadays thanks to the geological studies and satellite photographs, scientists were able to prove the existence of this ancient river in North India. Her track started to dry about four thousand years ago because of the shift of tectonic plates that changed the course of the tributaries of the river and deprived her of recharge of glacial waters flowing from the Himalayas.