The inhabitants of the twilight zone of the ocean 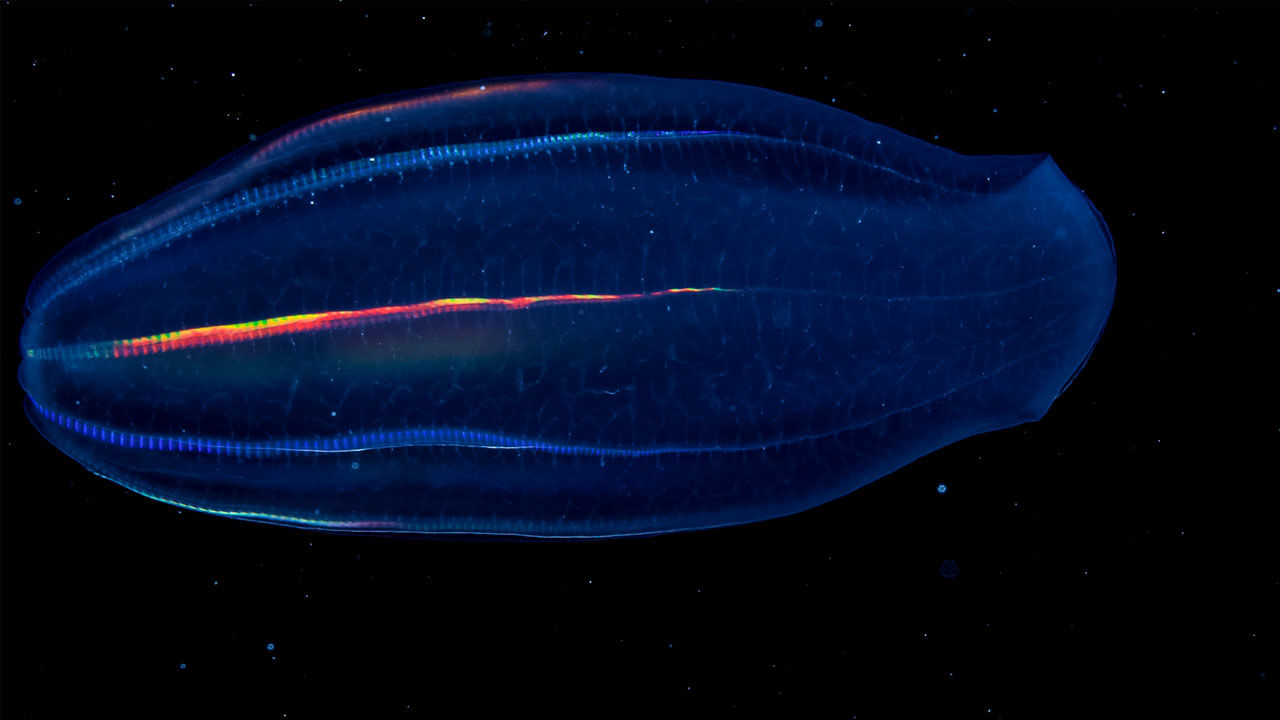 The inhabitants of the twilight zone of the ocean is so unusual to the human eye that they can be mistaken for aliens from distant star systems. Scientists have discovered that during the onset of polar night a huge number of deep-sea animals rises to surface waters and give off a bright light.

The twilight zone of the ocean is a dark place, where creatures like krill or plankton-“werewolf” hunt using bait, just the light they emit themselves. In most of the seas this area is located at a fairly great depth, from 200 to 1000 meters. But a new study has shown that in winter the waters near the Svalbard archipelago in Norway, this zone is shifted up due to the long polar night, resulting in some of the deep-sea creatures rise closer to the surface. Moreover, the inhabitants of this zone live in different water levels, where some dominate at the top, while others dominate the bottom. The study of this biome could transform our understanding of living marine ecosystems, even given the fact that they are constantly changing due to the melting of sea ice.

Long polar night was considered a time of hibernation. For nearly 4 months, the sun disappears from the sky, and many scientists believed that the tiny animals standing at the base of the food chain, or die or go into hibernation or suspended animation. But in 2007, a marine ecologist Jorgen Berg using sonar caught a strange signal: the echo, fading during the day and gaining strength at night. In warmer waters, the same is observed daily due to the regular movement of millions of sea creatures up and down in the water column. But the signal also meant that the mass migration occurs near the poles, which caused a complete reassessment of Arctic ecosystems. From 2012, Berg has conducted annual expeditions, studying the fauna from plankton-“werewolf” to mollusks, whose biological clock is timed to long absence of the sun.

During his travels, Berg and the team discovered an unexpected number bioluminescent organisms. Where there is no natural light, many predators use luminous bodies to lure prey. But to understand how the ecosystem, you must first figure out exactly how much light is produced and by what means. Initially, scientists made a detailed inventory of all inhabitants of the depths, and then used a special device to measure light emitted Underwater Bioluminescence Assessment Tool (UBAT), developed by one of the team members, a marine ecologist mark Molina. Black box the size of a lunch box and sucks up the water like a miniature vacuum cleaner and swirling it inside the tank, causing the creatures inside to glow intensely.

“The device measures time in 1/60 second, so you get a map of the light flashes of varying intensity. Every organism emits its own unique signal, so it’s like Morse code or rhythm of the heartbeat,” says Moline. In the laboratory, the researchers examined 17 species and were able to determine the nature of the signals 7 of them. Then, during a three-week cruises, they tested practices, making measurements in increments of 20 and 120 metres. Finally, calculating the overall level of bioluminescence, they compared it with the General level of natural light, which was to reach specific depths. In the end it turned out that a bioluminescent light is superior to moonlight, starlight and even in the afternoon sun at a depth of 20 to 40 meters below the water surface. In addition, it is noticeable a clear division: dinoflagellate, microscopic creatures with the electoral photosynthesis, dominated in the upper waters, while crustaceans prefer depth.

The next step of the study will be a measurement of what role illumination plays in the “predator-prey”. Scientists have created a model of how far and how deep can detect krill bird of prey and found that the light from other creatures often serves not only to lure but to distract, helping smaller animals simply to get lost in it. It is possible that further melting of glaciers will trigger changes in this ecosystem in which the animals have had to develop new adaptive mechanisms to changing conditions.