The inner core of the planet has two different layers

Traditionally, we were taught that the Earth consists of four main layers: crust, mantle, outer core and inner core, as it turned out this is not the case and it is time to rewrite textbooks.

Australian National University geophysicist Joan Stevenson and her colleagues have discovered signs of a hidden structure within the Earth’s core.

“Traditionally, we have been taught that the Earth is made up of four main layers: crust, mantle, outer core, and inner core,” – Joan Stevenson.

Our knowledge of what lies beneath the earth’s crust is based primarily on observations of volcanoes and the whispering of seismic waves. Based on the data obtained, scientists have calculated that the incandescent inner core, with temperatures in excess of 5,000 degrees Celsius, is only one percent of the total volume of the Earth. 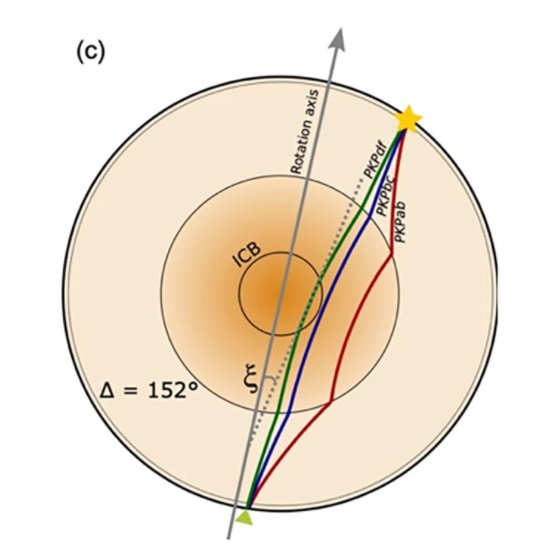 Now Stevenson and her colleagues have found more evidence that the Earth’s inner core could have two different layers.

“This is very interesting – and may mean that we will have to rewrite the textbooks!” – Joan Stevenson.

Researchers had to review and match thousands of models of the inner core with observations of how long seismic waves travel through the Earth. These data have been collected by the International Seismological Center for decades.

Some models suggest that inner core material directs seismic waves parallel to the equator. Others say that faster waves travel along the Earth’s axis of rotation.

The new study did not show significant changes in depth in the inner core, but a 54-degree change in direction of seismic waves was found. The faster direction of the waves was parallel to the axis.

“We have found evidence that may indicate a structural change in the iron that makes up the earth’s core,” – Joan Stevenson

The iron crystals in the core have different structural arrangements in two different layers, she said. These new discoveries may explain why some of the experimental data does not match our current models of the Earth’s structure, the researchers write.