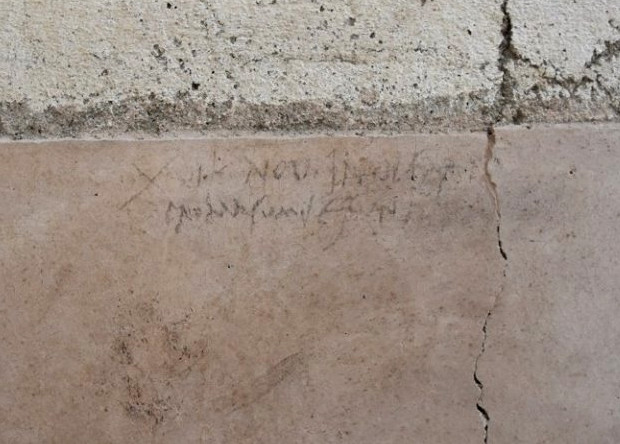 Archaeologists have discovered on the walls of Pompey a new inscription, refuting the date of the famous eruption of Vesuvius.

According to ancient historians, it was believed that the tragedy in the ancient Roman city occurred on August 24, 79 BC. It was this date that Pliny the Younger called in his message to Tacita. He wrote that he was watching the eruption. Therefore, there was confidence that he accurately remembered the date. However, public knowledge of this letter by Pliny is known from the manuscript of the 16th century, in which an error could creep in. Archeologists already had some doubts, because at the excavation site they found objects characteristic of a later date. In addition, the remains of autumn fruits that could not be in the area in August were found.

So, on one of the walls of the house an inscription made by coal was found. The building was called “House with a garden.” The text is dated the sixteenth day before the November calends, which corresponds to October 17th. Therefore, scientists have concluded that, most likely, the eruption of Vesuvius occurred on October 24.