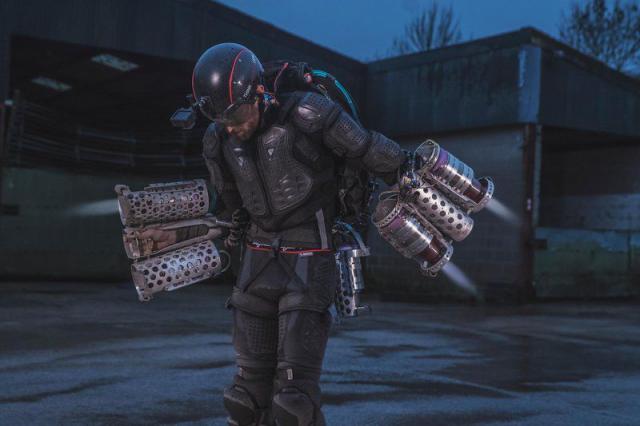 Inventor Riard Browning from Britain, developed a flying suit, similar to a costume from the fantastic movie “Iron Man.” The enthusiast-created suit has several small turbojet engines that are mounted on the body and 4 turbojet engines on the hands.

The author named his invention – Daedalus. According to him, this suit, allows a person dressed in it, to develop a speed of several hundred km / h and fly at an altitude of 50 meters.

The engineers were interested in the development, which joined the further improvement of the model. Test tests have already been carried out. Which showed the promise of a “flying suit”.