The inventor has built his own laser gun 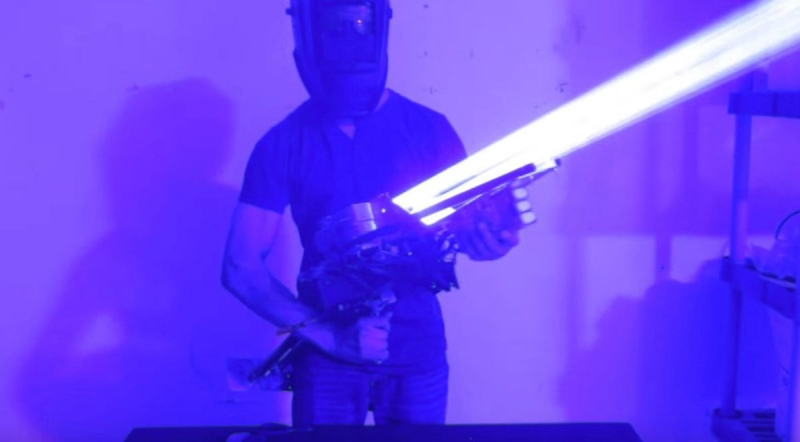 Laser gun at home today to collect quite a few. But “laser Bazooka” with a capacity of 200 watts, which was created by the inventor taught under the name Styropyro, impresses one only its appearance.

And when it comes to field testing, then it becomes clear that while competition among the makeshift laser weapon it does not.

Styropyro has made your powerful laser gun from various parts he found at the dump old electronics. The device works in such a way that generates multiple laser beams that are then focused into one powerful beam through the lens.

Bazooka is powered from lithium polymer batteries, but the brightness is obtained at the output of the laser is so great that if you point this laser in human eyes, the effect will be 33 million times worse than if he’d just looked at the Sun. That is why the Creator of the gun has to shoot her exclusively to wear upon the head a welding mask.

In the video Styropyro experiencing their weapons on metal, wood and even gunpowder. About balloons that are so like to pop manufacturers makeshift laser guns, have not forgotten. Now enthusiast plans to build an even more powerful gun, the capacity of which will go to kilowatts. Perhaps he will be able to create some semblance of a Blaster from a sci-Fi movies. Who knows?