The islands grow with the sea level 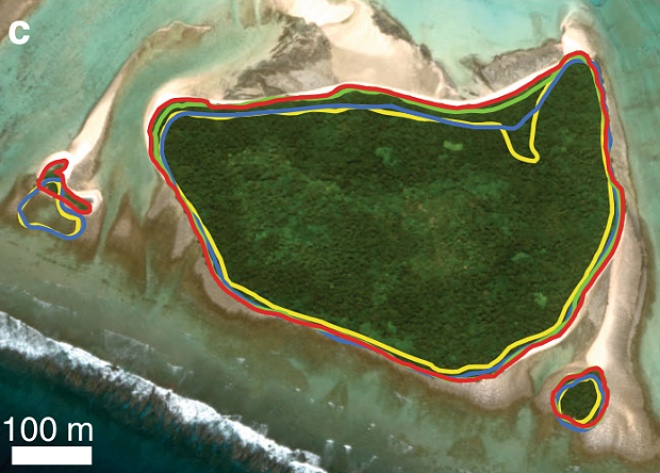 Scientists have repeatedly expressed fears that due to rising sea levels caused by global warming, many parts of the land can go under water. According to forecasts, the very first will be flooded islands in the Pacific Ocean. However, a new study showed that some of them have increased their area over the past 45 years.

A group of New Zealand scientists from the University of Auckland estimated the sea level and area change of the 101 reef that is part of the Polynesian islands of Tuvalu from 1971 to 2014. For their research, they used aerial and satellite imagery data.

As it turned out, the sea level in the Tuvalu area increased at a rate of 3.9 millimeters per year, which is twice the average speed over the ocean. But at the same time 74% of the islands also added in size. In general, their area for 43 years increased by 73.5 hectares. And only 26% of the islands became smaller.

How did it happen that the islands, which should be flooded, increased their area? Scientists explain such a development of events by biophysical factors. In their opinion, the shoreline was shifting towards the sea due to natural processes, such as sedimentation of particles formed on the shore by erosion.

The main conclusion of the study is to identify the islands as dynamic systems that can avoid flooding even at such high rates of water rise. This should be taken into account when drawing up models and forecasts of future floods and population migrations related to land loss.

The study is published in Nature Communications.