The ISS showed rare lightning: a blue jet and an elf 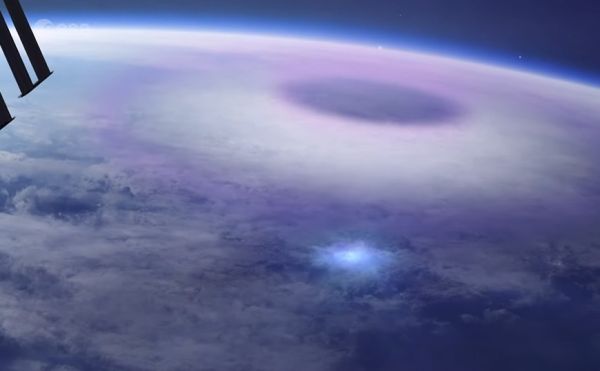 With the help of special devices, it was possible to capture unique natural phenomena. It is almost impossible to notice such beauty from the surface of the Earth.

Lightning flashes were photographed near Naru Island in the Pacific Ocean. In particular, the footage shows the so-called “blue jet” – a special shape of lightning, which, according to the European Space Agency, seems to shoot up from thunderclouds. Such lightning can reach an altitude of 50 km in the stratosphere, but the phenomenon itself does not last long – less than a second.

In addition, the video shows the flash that spawned the elves. Despite the fantastic name, the phenomenon is quite real: elves are huge, but faintly luminous flares-cones that appear directly from the top of a thundercloud. Their diameter reaches about 400 km.

The beautiful phenomena were captured using a set of optical cameras, photometers and other instruments installed at the observatory of the European Atmospheric and Space Interactions Monitor (ASIM) on the International Space Station. The source says that the lightning was viewed from a height of 400 km.

According to scientists, the received footage will help in studying the features of the weather on Earth. Observations provide clues to how lightning occurs in clouds. Researchers also believe that such lightning can affect the concentration of greenhouse gases in the Earth’s atmosphere, but so far this is only an assumption that will be considered in detail in the future.