The Japanese are planning to arrange the first artificial starfall 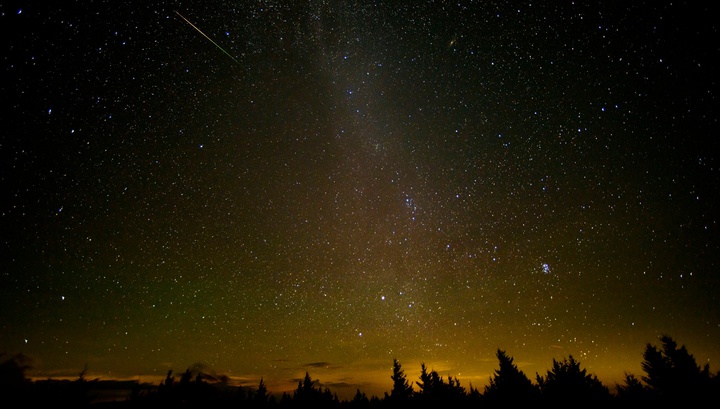 Japanese company ALE is creating a satellite project that will generate artificial meteor showers. The development was called Sky Canvas. The first test of the system is planned to be conducted in less than two years.

They want to put the satellite into a heliosynchronous orbit. This type of orbit often uses apparatus that observes Earth from space. This trajectory has a remarkable property: if a satellite passes over some point of the Earth, then it does this every day at the same time. This allows spy satellites to always be over the desired territory in the daytime, when the surface is well lit and all details are visible on it. Well, the source of artificial meteors, on the contrary, it is important to “go to the target” at night and start the show exactly by the hour.

The microsatellite, together with the “ammunition”, weighs only 50 kilograms. It carries 300-500 pellets with a diameter of one centimeter. The material from which they are made, is kept secret. It is only known that it is an alloy of several metals, and that the color of “fireworks” can be changed using different alloys.

Artificial starfall will last five to eight minutes. Granules will burn in the atmosphere at an altitude of 60-80 kilometers. A light show can be enjoyed not only at the point indicated by the customer, but also within a radius of two hundred kilometers from it. All because each artificial meteor will have a visible star magnitude of -0.86. That is, it will be brighter than any star in the night sky (except Sirius).

By the way, this is not a pleasure for the poor: the estimated cost of the show is eight million dollars. A million dollars a minute or sixteen thousand for each meteor is not bad. The words “I will give you heaven in diamonds” acquire a completely different meaning!

However, the spectacle, which is magnificent in every sense, can also serve science. On the granules incident on the Earth, everything is known beforehand: mass, velocity, composition, emission point and so on. Therefore, such an artificial starfall can be used to study the properties of the atmosphere. This will help understand the physics of these meteor showers and even develop effective projects for the elimination of space debris.

The first artificial starfall, according to the publication New Atlas, is expected in mid-2019 in Hiroshima, Japan.