The Japanese have developed a robotic fire hose 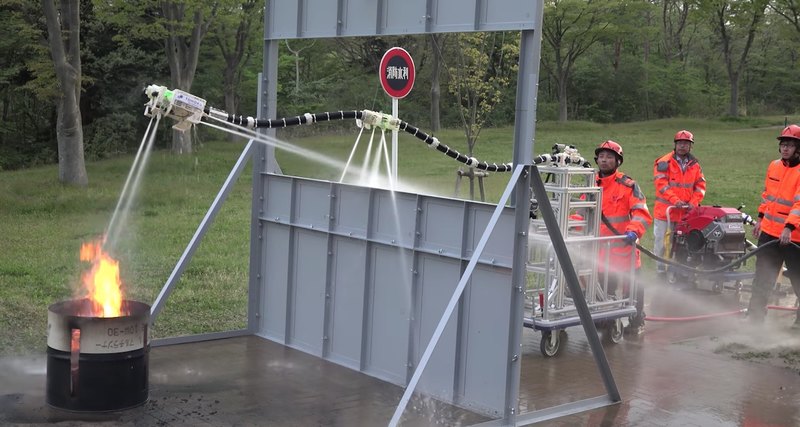 Japanese researchers have created a robotic hose that maintains itself in the air with the help of a variety of water jet jets. It is supposed that it could be used to extinguish fires – for example, penetrating the window of a burning house and pouring everything around from modules with nozzles.

The robotic hose was presented at the international conference ICRA 2018 (International Conference on Robotics and Automation) and is called DragonFireFighter, reports IEEE Spectrum. It is equipped with several modules with nozzles, from where jet streams strike. With their help – guiding them in different directions and tracking their location (using a special algorithm) – the robot is able to hold in the air.

Developers published a video demonstrating a two-meter prototype robot. In theory, the robotic hose can be extended – for this you will have to equip it, including additional modules. In the video, DragonFireFighter works pretty well for the prototype, but notes that before such a system can be useful in real conditions, more careful development is required. So, according to the researchers, they have yet to work on making the robotic hose more stable, manageable and capable of being equipped with a large number of modules.

In February, Italian researchers tested a new version of the humanoid robot WALK-MAN, designed to help in fighting fires. According to the idea of ​​specialists, he should be able to enter the building, detect fire and extinguish it with a fire extinguisher.