The Japanese presented a robot avatar 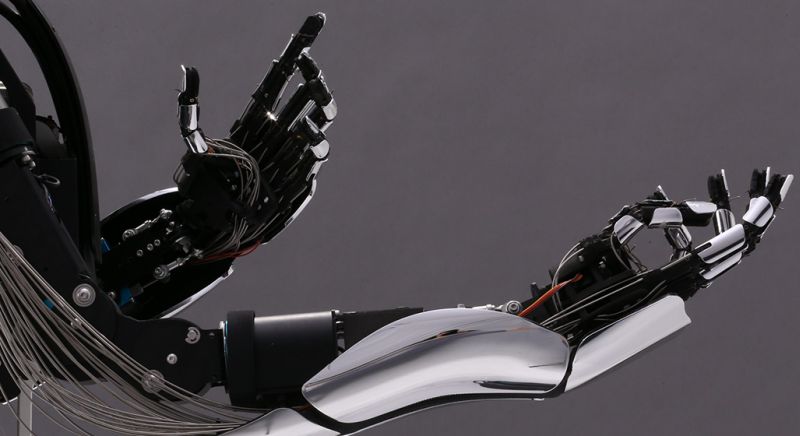 Japanese robotics engineers are among the best in the world. Wherever, where, and in the Land of the Rising Sun, robots are venerated more than anywhere else. Not so long ago, a large Japanese corporation SoftBank acquired the company Boston Dynamics with all its developments. But this is not the only manufacturer of robots in the country. For example, the company Meltin is designing and assembling robotic avatars that can remotely repeat the smallest movements of their operator. We suggest you take a look at the new development of the company called MELTANT-α.

The project is positioned as a link between the human body and the machine. After all, an advanced user-friendly interface is needed, allowing the operator to control the smallest movements of the robot at a distance. A special MELTIN algorithm analyzes the movements of the human body in real time, and then passes them to the robot, reproducing the actions with the help of manipulators as accurately as possible. In addition to the controllers for controlling the movements, the operator will also need a VR helmet to see what the robot sees. While the robot MELTANT-α – it’s just a working concept, and eventually it will be modified in all respects.

Manipulators robot MELTANT-α were created taking into account the anatomical structure of human hands. In motion, they are cited by simulating muscles and elastic wires (analogous to tendons). In the fingers are built-in pressure sensors, so the operator, when interacting with objects, senses feedback. The robot is quite capable of performing very delicate actions. He can take the fingers of an egg without crushing or damaging it, or gently pull the card out of the pack. But this accuracy does not affect the power of manipulators: in the video, the creators of the robot show us how he lifts loads from 2 to 4 kilograms.

The possibility of telepresence and human work with the help of robotic avatars has long been not something of a science fiction. Such mechanisms can be used in areas where the human life is at increased risk. For example, in conditions of high radiation (which is more important for Japan than ever) or in the case of a mine clearing. But you can use robotic avatars in other areas. For example, for remote work in the workplace or for distance education.