The Japanese showed a hologram that can be touched 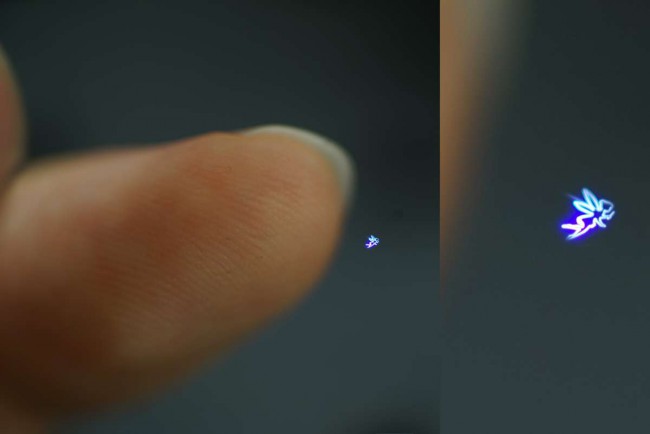 The idea of ​​interaction with holograms is no longer the subject of only science fiction stories. Specialists of one of the Japanese scientific laboratories have achieved, it would seem, impossible – they created a hologram that can be touched safely.

Unlike the fictional “starterekovskogo” holodeka, where the sensation of touch is created by force fields, researchers of the Japanese Digital Nature Group used femtosecond lasers. This is not the first case of demonstrating a tangible three-dimensional image using lasers. However, for the first time the hologram can be touched without harm to one’s health, Mashable reports. 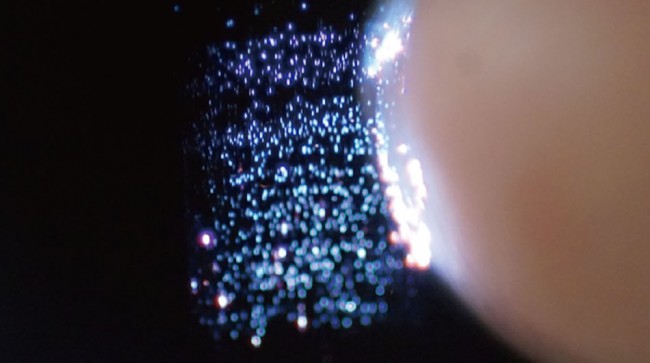 The effect of a safe hologram was achieved by reducing the duration of laser pulses and switching from nanoseconds to femtoseconds – millionths of a billionth of a second.

A finger touching the hologram is shown in the video below. Holographic image consists of tiny volumetric elements, so-called voxels. Voxel is a light point emitted by the plasma, which is created by ionizing the air with a laser.

Scientists have formed holograms in the form of a heart, a star and a small fairy. A visible image is a three-dimensional representation of two-dimensional data.

Although the technology does not allow to assemble a real holodeck, tangible holograms created with it are planned to be used in holographic interfaces that are hanging in the air.

A public demonstration of the development of Japanese scientists will take place at the Siggraph 2015 exhibition in August.