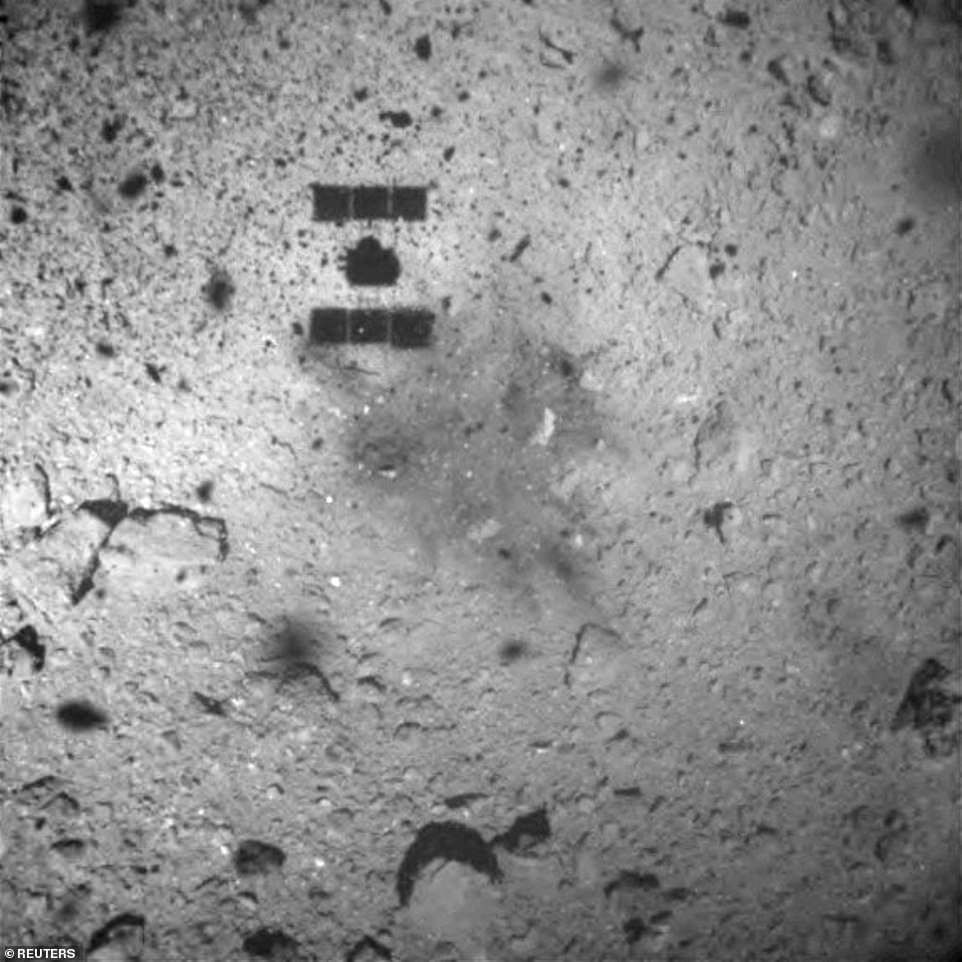 Last month, the Japanese Hayabusa2 spacecraft made a successful landing on Ryugu asteroid and collected samples from a 900-meter celestial body. JAXA now reports that in April, the device would drop a bomb on the surface of an asteroid to collect samples from a deeper layer.

Hayabusa2 was launched in December 2014 from the Tanegashima space center – the largest in Japan – and arrived at its destination in June 2018. When Hayabusa2 first landed, he fired a five-gram “bullet” onto the surface of the asteroid and collected particles of the ejected material for their subsequent study. The new “shot”, scheduled for April 5, will be much more powerful.

The day before it, the device will begin to approach the object, leaving its orbit. Now he is 20 kilometers from the body. A drummer the size of a baseball and weighing two kilograms will be launched at a speed of just over a mile per second, which, provided that the ground is soft, will create a crater with a diameter of up to ten meters and a depth of meter. After that, Hayabusa2 will return to the surface again, landing on the site of the explosion, and collect samples from a deeper layer that has not been exposed to the Sun and cosmic radiation.

Representatives of JAXA argue that paramount attention will be paid to the safety of the probe: they will not risk the safety of the device during landing. If everything goes according to plan, the Japanese Hayabusa2 will be the first spacecraft to extract underground materials from an asteroid. In 2005, NASA was close to this result, having blown up comet 9P / Tempel, but then fragments of the space body were not collected.

According to the project engineer and JAXA employee Takanao Saeki, the mission will require an incredibly complex maneuver, in which the spacecraft must quickly move to the other side of the asteroid in order not to suffer from fragments of a detonated celestial body. Leaving the object, Hayabusa2 will photograph the location of the explosion, and then wait a few more weeks before returning to the crater for further observations.

JAXA specialists plan that Hayabusa2 will leave the asteroid at the end of 2019 and return fragments of surface and underground samples of the space body for analysis on Earth at the end of 2020. With their help, scientists hope to explore the early history and development of the solar system and clarify the role of such asteroids in the formation of life on our planet.