The Japanese were the oldest fishermen 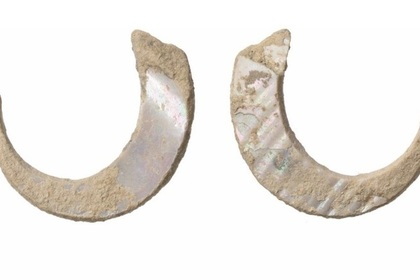 Japanese archaeologists during excavations in the cave Sekitori on the island of Okinawa found the most ancient in the world of fishing hooks. Read more in the article published in the scientific journal PNAS. Scientists have noted that people lived in the area of the Ryukyu archipelago, which includes Okinawa, 30-35 thousand years ago.

The researchers were able to detect two fishhooks made from the shells of marine mollusks. And work on one of the gear was never completed. In addition, in the cave found fragments of human skeletons, beads, scrapers and flakes.

Conducted by archaeologists radiocarbon analysis showed that the age of the finds is about 22.5 thousands of years. First discovered in East Timor and in Ireland fish hooks was a newer Japanese one-two thousand years.

Scientists believe that their finding is proof that people can survive in isolated island populations in the Paleolithic era. While fishing, most likely, was worn in the period of seasonal migrations depended on the marine fauna: the cave also found fragments of food — the remains of crabs, boars and deer.