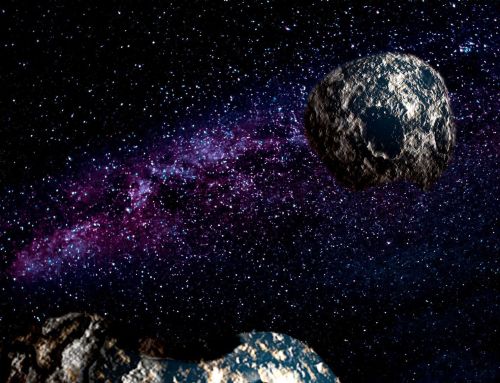 Dr. Wes Fraser of the University of Queens in Kingston, Canada, leads the Colors of the Outer Solar Systems Origins Survey (Col-OSSOS) research project, which collects scientific data from the Frederick C. Gillett Gemini North Telescope observatories And Canada-France-Hawaii Telescope (CFHT) (both observatories are located in Hawaii). In a new study using these telescopes, Dr. Fraser’s team was able to find out interesting details about the evolution of the solar system.

In their work, the researchers observed the objects of the Kuiper belt, a region of space located in the solar system outside the orbit of Neptune and containing a significant amount (about 1,700) of relatively small ice bodies. Usually the objects forming in this zone have red light when they are observed.

However, in the course of the study, Dr. Frazer identified a small number of “unusual” objects, which are distinguished by their unusual blue color and refer to each other as part of binary systems, just as the Moon revolves around the Earth.

Astronomers have always believed that these objects formed deep inside the Kuiper belt, but in their new research Dr. Frazer and his colleagues show that these blue binary systems actually formed in the area of ​​outer space much closer to the Sun, and then migrated, pushed The gravitational influence of Jupiter, on its current orbits, lying in the Kuiper belt, many billions of years ago.

According to Dr. Fraser’s research, the migration of Neptune from an orbit with a radius of 20 astronomical units (distances from the earth to the Sun) into its current orbit with a radius of 30 AU. Occurred very slowly and smoothly, which allowed these fragile and loosely coupled dual systems to safely reach the end point of their route and not be torn to two separate objects.