The largest colony of royal penguins decreased by almost 90% 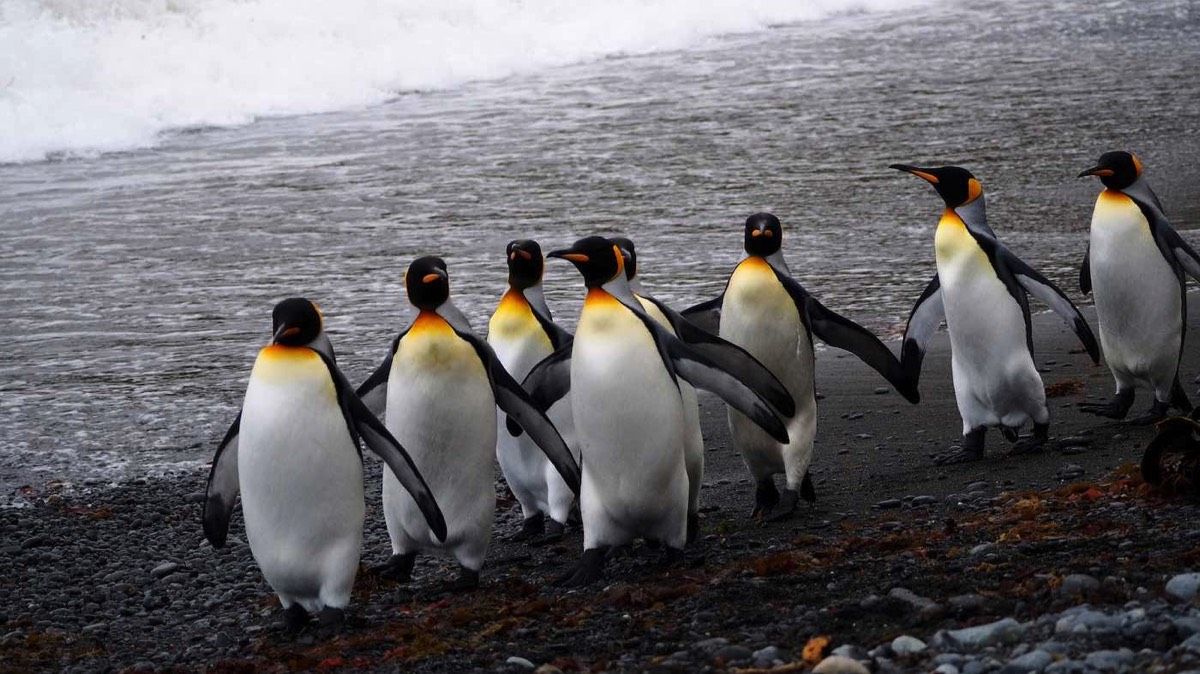 An international group of biologists reported a sharp reduction in the colony of royal penguins (Aptenodytes patagonicus), which lives on the island of Košon, located in the south-west of the Indian Ocean. According to scientists, the number of birds decreased due to a combination of factors, one of them – global warming. An article about the problem was published in the journal Antarctic Science.

The authors of the new study studied the royal penguins living on one of the islands of the Crozet archipelago. According to the estimates of the 1980s, this group was the world’s largest colony of Aptenodytes patagonicus and the second largest colony of penguins as a whole. Then there were about two million birds and up to 500 thousand breeding pairs, now there are only 60 thousand pairs.

Kooshon Island is uninhabited, the last time a group of scientists visited him in 1982. The authors compared the photographs from a helicopter made in the 1960s and the 1980s to satellite images from 1988, 2005 and 2015-2017. To calculate where birds live, scientists estimated the area of ​​the island not occupied by vegetation: it is known that royal penguins settle on flat or slightly flat open spaces. The density of colonies is usually from 1.6 to 2.2 birds per square meter. Biologists found that free from vegetation, suitable for breeding birds, significantly reduced.

Reduction of the colony / © Henry Weimerskirch

In this case, groups of penguins on other islands in the area have remained the same size or increased. Researchers believe that the island of Cochon suffered not only because of global warming, but also because of a number of unique factors for it. Perhaps, in part, the dipole (irregular temperature fluctuation) of the Indian Ocean in 1997 is to blame for this. Part of the penguins could move closer to the shores of the island, forming their small colonies. Also, birds could become victims of diseases or predators of invasive species.

To understand why the colony on the island of Košon is decreasing, further studies, including expeditions, will help. Biologists note: although the number of birds began to decline about 20 years ago, this process is still going on – perhaps its causes remain so far.