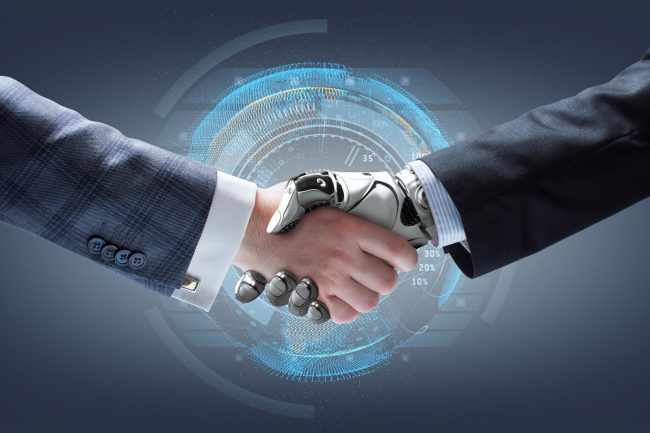 The five largest tech giants signed a cooperation agreement on the question of the popularization of artificial intelligence technologies among the public. In early September Google, Facebook, Microsoft, IBM and Amazon held a joint meeting, which discussed the project related to artificial intelligence. And now became known the details of this meeting.

The agreement, called “Partnership on Artificial Intelligence to Benefit People and Society, poses a few challenges, one of which is to sensitize people to issues that research on AI do not necessarily mean that the research issues associated with the creation of killer robots.

In the framework of this cooperation the company will try to explain and convince the public of openness, security, and the importance of conducting studies of the technologies associated with artificial intelligence. In addition, in the framework of cooperation it is planned to create an open platform where researchers and key players of the sector AI will be able to keep each other communication.

“We believe that artificial intelligence technologies can improve the quality of people’s lives and to help humanity solve major problems such as climate change, global food scarcity, global inequality, health and education.

All five companies that signed the cooperation agreement, there are major developments and projects in the field of artificial intelligence. IBM, for example, the computer Watson and Google now owns the company DeepMind, which, you may remember the project AlphaGo and Amazon has a Alexa voice assistant, integrated into a “smart” speakers Echo and Microsoft, in turn, has Cortana and many projects chatbot. In the end, Facebook is considering the integration of the algorithms AI in many of its services. The first swallows have become the technology of facial recognition and “smart” news feed.

Despite such a strong structure of participants of the project, some may not understand why one of them is missing one very famous player – Apple. Eric Horvitz of Microsoft, who plays one of the co-chairs of the cooperation project, in conversation with the newspaper The Guardian noted that they communicated on the issue with Cupertino:

“I know that they are very enthusiastic about this agreement and personally really wish they joined us,” said Horvitz.

Another lost name in the list is Elon Musk with his OpenAI project is a non – profit initiative for the study of artificial intelligence, which will be open to absolutely everyone. Things can change, and these parties will also take part in cooperation, as the backbone plans to attract more people and organizations around the globe to become part of this agreement.