The largest fish in the world named 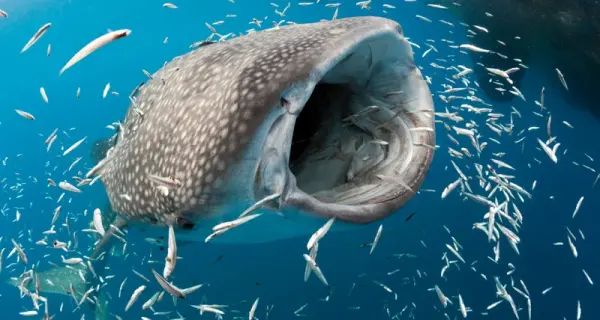 Scientists have finally decided what kind of fish can be called the real titan of the sea kingdom.

There is no doubt that whale sharks are huge. With an average adult length of eight or nine meters, they look like real giants compared to most marine life forms. But for nearly a decade, scientists have staged a real battle of the sexes to find out who is bigger – females or males?

According to new research published Wednesday in the journal Frontiers in Marine Science, a decade-long analysis confirmed that female sharks reign supreme in the ocean as the largest fish – overtaking males and reaching an average of 14 meters in length!

Mark Meekan, a fish biologist at the Australian Institute of Marine Science and lead author of the new article, noted that some individuals grow as much as 18 meters in length. “These are real colossus the size of a bus on a city street. But despite their size, they grow very, very slowly: only about 20-30 cm per year. ”

It was precisely because of the slow growth rates that the team needed to track 54 individuals over the course of a decade, constantly recording and comparing their vital signs. The team also found that the increased size of female whale sharks could be beneficial for breeding. During the entire study, only one pregnant whale shark has been documented, but unlike most sharks, which carry two to 12 cubs, a whale shark can give birth to up to 300 individuals!

“If you are a very slow growing animal and it takes you 30 years or more to reach puberty, the chances are high that you will die before you have the opportunity to reproduce,” Mikan explained.