The largest iceberg in the world began to collapse 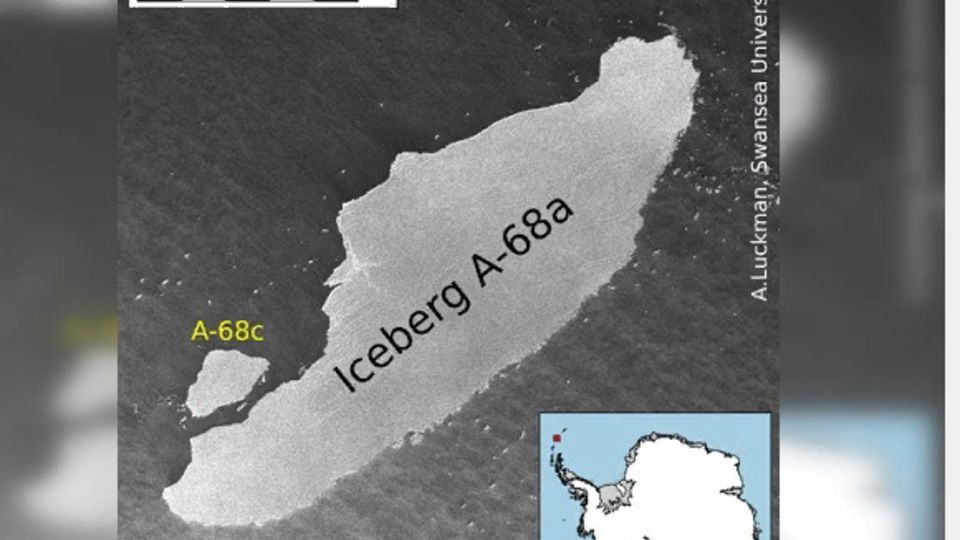 The A-68 iceberg is currently moving north from Antarctica. Entering warmer waters, it will begin to collapse even faster.

The world’s largest iceberg A-68, which broke away from the ice shelf in 2017, continues to collapse. It is reported by BBC News.

Recently, a spalling area of ​​175 square meters has been recorded. km from the main body of the iceberg.

“I am constantly amazed that something so fragile has been on the open sea for so long,” said Professor Adrian Luckman.

A University of Swansea scientist said a new fault could mark the beginning of the end of this ice giant.