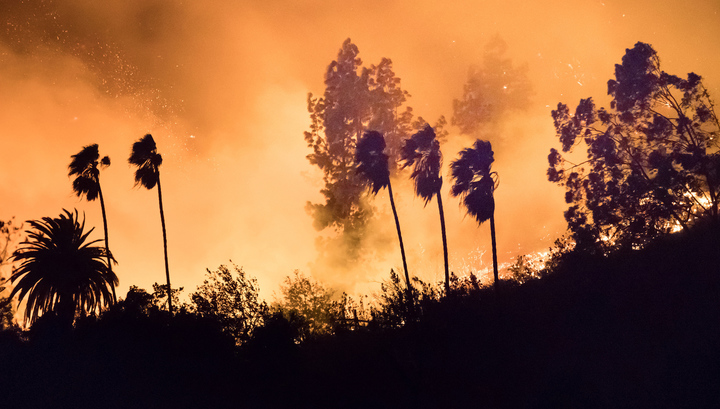 In the California district of Ventura, the fire that is recognized as the largest in the modern history of the state is raging. He even got a name – “Thomas”. The area of ​​fire exceeds 1106.4 square kilometers, TASS reports. Two people became victims of the fire.

Previously, the most large-scale fire was considered that arose near San Diego and claimed 15 lives. The area of ​​the fire “Thomas” is more by 0.5 square kilometers.

“Thomas” began on December 4, now firefighters have located only 65 percent of the fire. They believe that it will be possible to fully cope with the fire by January 7, 2018.

The damage from the fire is about 140 million dollars. Destroyed and damaged more than a thousand buildings in the districts of Santa Barbara and Ventura. The evacuation of 100 thousand people.