The last ice age was not caused by a meteorite 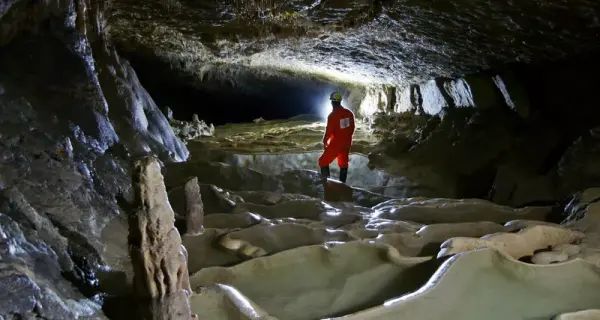 At least, this is what the authors of the new study say, who have established the exact date of the beginning of the Late Triassic cooling.

The Younger Dryas, which began about 12,900 years ago and lasted for about 1,200 years, was a period of extreme climatic conditions. A sharp cooling occurred then practically for several years and interrupted the Allerd warming, when a climate close to the present was established on the Earth.

Since the last ice age, which came as a result of this cold snap, is separated from us by a relatively short period of time, scientists can conduct its research with a fairly high degree of accuracy. They managed to establish the moment of a sharp climate change with an approximate error of one hundred years, but, as Professor Christoph Spötl from the University of Innsbruck says, even this accuracy is not enough – many events and processes could have happened in a hundred years.

Therefore, the research group, of which Professor Spötl was one of the leaders, tried to clarify the date of the onset of the ice age, using previously obtained ice samples and collected by them in caves in China, India, Uzbekistan, Brazil and Spain, samples of drip sediments.

As a result, it turned out that the cooling began in the North Atlantic 12,870 years ago, and from there, the movement of atmospheric and oceanic masses spread it to the south. According to Shpötl, similar assumptions have already been expressed by scientists, but have not yet been confidently proven. At the end of the Ice Age, the process went in the opposite direction – warming began in the Southern Hemisphere and / or in the tropical regions of the Pacific Ocean, and then moved northward.

At the same time, the authors of the study refuted one of the hypotheses about the reasons for the onset of the ice age. In 2012, American scientists discovered sediments at the bottom of the Mexican Lake Cuitseo, proving a meteorite falling to Earth at the beginning of the Late Dryas, which could have influenced climate change. Later, this theory was confirmed by other finds. However, it is considered. that the fall of the meteorite occurred 12,820 years ago, that is, 50 years later than the established exact date of the beginning of the cooling. And besides, as noted by the Austrian professor, at the time of the alleged collision in Greenland, no significant changes in climate were detected.

More details on the research results can be found in the article “Timing and structure of the Younger Dryas event and its underlying climate dynamics” published in the journal Proceedings of the National Academy of Sciences.