The last male of the white rhinoceros died 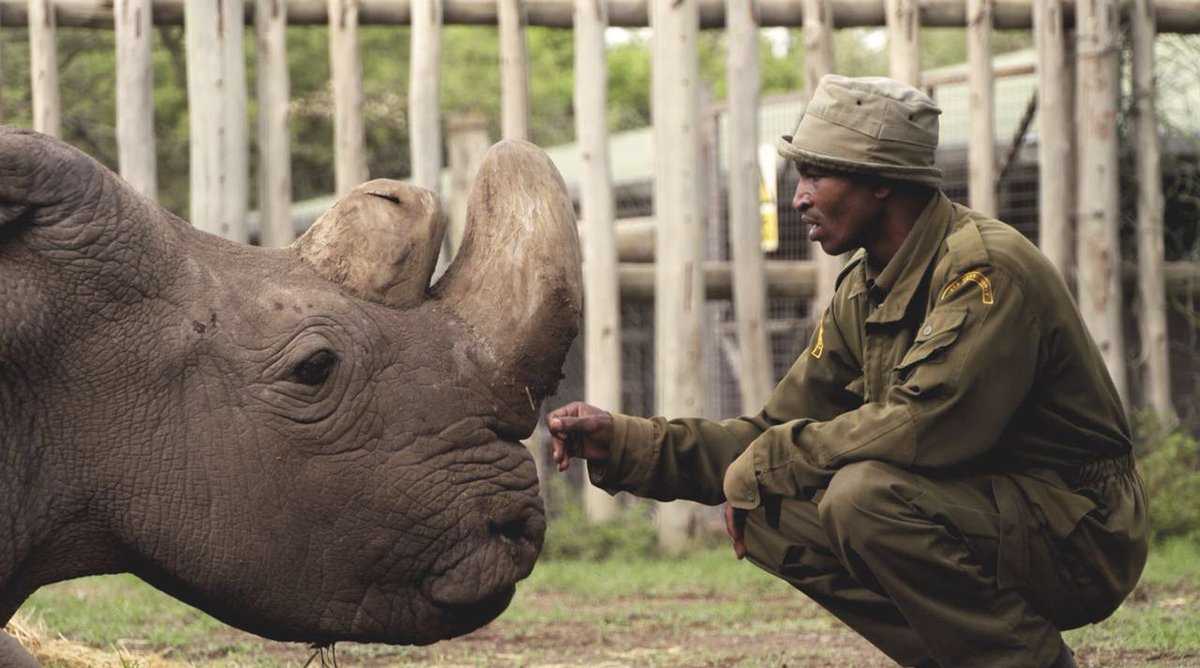 Sudan – the so-called rhinoceros – was caught 43 years ago in Sudan. At first, he was transported to the Czech zoo, but due to insufficient funding in 2009, he was transferred to Ken Pei-zeta reserve (Ol Pejeta). On Monday, Sudan, because of worsening health, was put to sleep by the reserve’s employees.

A few weeks ago, Sudan became infected with an infection that struck his legs. All this time, the staff of the reserve fought for his life, but in the end they decided to put the animal to sleep. In the account of Ol Paget on Twitter published a message dedicated to the rhinoceros:
“Sudan will be remembered for its amazing destiny. In the 1970s, he avoided extinction by going to the zoo of Dvůr Králové. He made a significant contribution to the preservation of the species: thanks to him, two females appeared. ”

Workers of the reserve also noticed that the genetic material of the Sudan is preserved and will be used for further fertilization. Since Sudan was the last male, the only way to preserve the species remains artificial insemination.


White rhinoceros – the largest representative of the family of rhinos. Today there are two subspecies of white rhinos: southern and northern. Both are on the verge of extinction because of poachers. Last year, employees of the Ol Paget Reserve attracted people’s attention with the help of social networks: the profile of the rhino appeared in the application Tinder. Workers said that they did it not for the sake of joking, but to attract funding for in vitro fertilization.