The latest meeting of gray whales was recorded in Chukotka 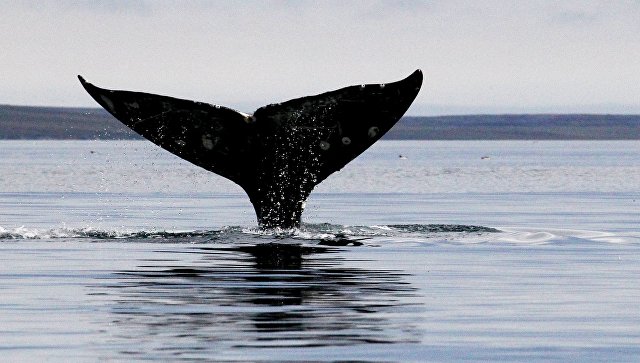 Employees of the national park “Beringia” in Chukotka recorded the latest meeting of gray whales in the history of observations, the institution said.

“This year, on the southeast coast of the Chukchi Peninsula, gray whales were noted by the National Park employees on December 26. It almost for the whole month beats the record of the latest recorded meeting of gray whales on the east coast – December 1, 1995,” the report said.

Usually a significant part of the eastern coast of Chukotka, where gray whales feed, is covered with young ice by the end of December. Therefore, whales leave this place in the last days of November. For the second year in a row, local residents note the later establishment of the ice cover. Ice carries away current or blows. This gives whales an additional opportunity to replenish fat reserves before a long journey to the shores of California.

The gray whale is the oldest of baleen whales. They reach a length of 15 meters, weighing up to 37 tons. Females are larger than males. These whales live only in the northern part of the Pacific Ocean. Along the coast of the Chukchi Peninsula, there are representatives of the Californian-Chukchi population. In shallow areas of the Bering and Chukchi Sea, the gray whale spends a significant part of the warm season, up to the first ice. Here, the whales are fattened, and then go on wintering to the shores of the California peninsula.

The gray whale is on the lists of the Red Data Book of Russia, in the International Red Data Book, included in Annex I of CITES. The total population of the Californian-Chukchi gray whale population is about 26 thousand individuals.