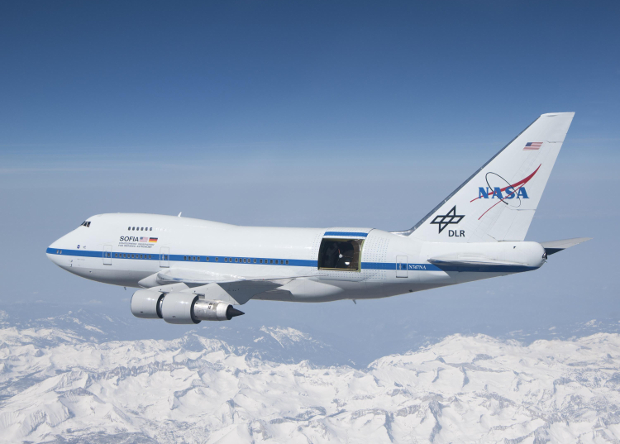 Astronomers from the University Space Research Association have confirmed that the alignment of cosmic dust particles with respect to magnetic field lines depends on the amount of radiation they receive. As the researchers reported at the 231st meeting of the American Astronomical Society, the discovery will reveal how the galactic magnetic fields affect the processes of star formation and the evolution of the interstellar medium.

About half a century ago, astronomers William Hiltner and John Hall discovered a weak polarization of stellar light in our Galaxy. They tried to explain it by the action of a magnetic field on particles of cosmic dust and were right. Starlight with different polarizations differs in different ways on dust particles that rotate around magnetic lines of force. This allows us to know how the magnetic fields of distant galaxies look.

To record the radiation of cosmic dust particles in the far infrared range, as well as their temperature, the stratospheric observatory SOFIA is used. This is a modified Boeing 747SP aircraft carrying a 2.5 meter IR telescope. The aircraft rises to a height of 13.7 kilometers in order to circumvent the main obstacle for infrared observations – water vapor in the Earth’s atmosphere. On board the stratospheric observatory there are seven scientific instruments, including the HAWK + polarimeter.

Scientists conducted observations of the molecular cloud of Rho Ophiuchus, located 424 light years from Earth. They analyzed the spectrum of the polarization of radiation emanating from this region. It turned out that the way the particles are aligned with respect to the magnetic fields is due to differences in the density of the Rho Ophiuchi cloud. The polarization spectrum changes as we “go” to the denser part of the cloud. This is consistent with the predictions of the theory of Radiative Alignment Torque (RAT). It says that the particles of cosmic dust are aligned with the lines of the magnetic field if they are exposed to radiation. As the authors explain, if we “shine” on particles of dust, they begin to rotate, which facilitates interaction with the magnetic fields. In the less dense regions of the cloud, they are subjected to a stronger radiation effect, and therefore better align with magnetic fields.

The work of scientists helps to better understand the processes of star formation. It is known that stars are born as a result of the gravitational collapse of a molecular cloud. According to one theory, in some areas of the galaxy, magnetic fields can be strong enough to hold matter and stop the collapse. Accordingly, this will prevent the birth of new stars.

Understanding the mechanisms of interaction of matter and magnetic fields is also important in order to predict the evolution of a molecular cloud in the future. For example, the strength of the magnetic field, according to scientists, can affect the size of future stars and even, perhaps, whether they will be able to form planetary systems.