The limit of age of the person makes about 100 years 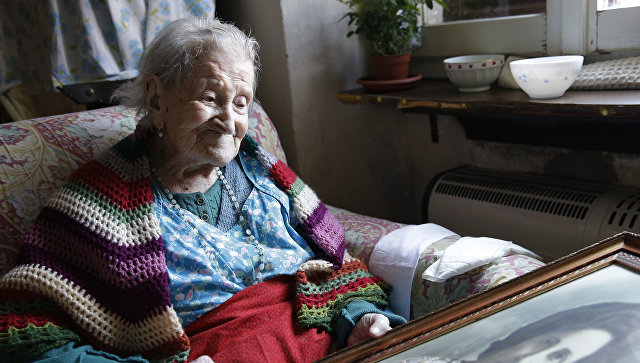 Further improvement of medicine will not increase average life expectancy infinitely – the limit of age of the person, most likely, makes about 100 years at which achievement mortality sharply grows regardless of all external factors, scientists declare.

The typical duration of human life is not a certain constant value – till the civilization birth it made from 20 to 30 years and then steadily grew in process of development of science and medicine. Today people live more than 60 years in the majority of the countries of the world, and over 80 years – in Japan and in other developed states with high quality of life and the first-class medicine.

Jan Vijg and his colleagues from university of New York (USA), as well as many other scientists, thought of how this process can long continue and whether there is a certain maximum age at which achievement people begin to die inevitably, despite all progress in medicine and the equipment.

As scientists note, this idea is fair for the majority of animals – almost all mammals live up to a certain age. Step over it extremely small number of individuals whose most part dies in several years after achievement and crossing of it of “a life limit”. With the person the situation is more difficult as there are certificates both in advantage, and against this hypothesis.

Whether for check so it actually, Viyg and his colleagues thought up an original technique of the analysis of data on mortality which were collected for the last hundred years. They were interested not actually quantity of death of people at a certain age, and where there is the most noticeable recession in number of the died people when comparing data of earlier and later years.

If there is no limit of life, then this “hump of survival” as his scientists call, will move smoothly and constantly towards more advanced age. If it exists, then this “hump” will stop on a certain point, and will not move further.

Being guided by this idea, the group of Viyga analysed as mortality in France, Japan, the USA and Great Britain in the last 40 years changed, paying special attention to at what age the most long-living people in these states died.

Their analysis showed that “the survival hump” gradually moved towards more mature years to the middle of 1980 then its growth stopped. In turn, the maximum age of the people dying in this or that year not only did not grow, and considerably fell in the last 20 years after the death of the oldest inhabitant of the planet, Zhanna Kalman who died at the age of 122 years in 1997.

In general, scientists estimate annual probability that at least one person will reach age in 125 years and only then will die, at 1 chance from 10000 attempts.

So low probability as Viyg and his colleagues note, says that the limit of human life exists and that it is approximately equal as show their calculations to hundred years. It is possible to say that the mankind already reached the limit over which it will not be able independently to step without artificial intervention in activity.

“Further progress in fight against diseases, most likely, will increase average life expectancy, but not the maximum length of human life. It is possible that future breaks in medicine will prolong human life out of these limits, but they should suppress or overcome influence of a set of the genetic factors measuring our term on Earth. It is possible that resources which we spend for extension of life now should be used on extension of health – how long elderly people remain in good health” — explains Viyg.