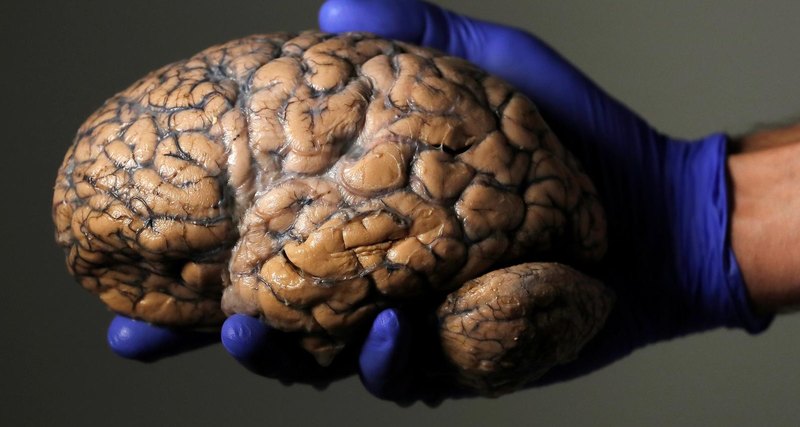 Over the past few months, scientists from the UK have created one of the most complex miniature “in-vitro brains” known to science. It is not surprising, however, that this unusual organic complex behaves somewhat … strange.

A tiny lump of this gray matter consists of approximately 2,000,000 interconnected neurons – this is what the human brain looks like at about 12–13 weeks of intrauterine development. At this stage, it is called not a full-fledged body, but only an “organoid,” and its structure is not complex enough for the embryo to experience such experiences as emotions or conscious thoughts. But this does not make it completely inert.

It’s pretty easy to prove. Scientists have placed the synthesized “brain” next to a piece of mouse spinal cord and a fragment of muscle tissue. As a result, this underdeveloped organoid, the size of a pea, spontaneously grew long antennae-probes in order to check its new neighbors.

Using microscopes, researchers observed how the miniature brain gradually connected to the tissues of the spinal cord and muscles. But this behavior is not the only skill of the newborn organoid. He managed not only to join, but also to provoke the movement of muscles – just like neurons in a real human brain. Scientists noted well visible and controlled contractions, and after 2–3 weeks of cultivation, full axonal pathways appeared that innervate the spinal cord and create a connection between two types of tissues – human and mouse.

Cultivation of such organoids is not an easy task. Today, most of them are grown from stem cells, which spontaneously organize into structures necessary for an early stage of development. The problem is that once a cluster reaches a certain size, these cells lose nutrients and oxygen, ceasing to be useful. However, this study is one of the first works in which scientists finally managed to overcome this limit. Cutting the organoid and placing it on a porous membrane, the researchers made sure that their mini-brain could simultaneously use air and absorb nutrients, staying healthy after a year spent in a Petri dish.

Nevertheless, even though this organoid is incredibly complex in itself, it is still very far from a complete imitation of the brain. However, now it can be used to model some reactions that will help to better understand the nature of brain diseases and pathologies during its development.