The longest sword in Japan is found 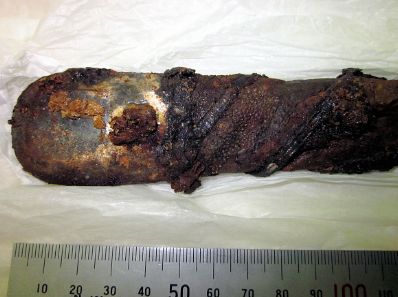 The Japanese archeologists during excavation of an ancient tomb near the city of Ebino on the island of Kyushu have found two long ancient swords. Objects have been found in burial of the 6th century. Length of one of swords made more than 150 cm. At the moment the remained part has length of 142 cm. According to researchers, it is the longest sword from all ever found in burial in the territory of Japan. Excavation in a tomb No. 139 was carried out to the period from 2014 to 2015. 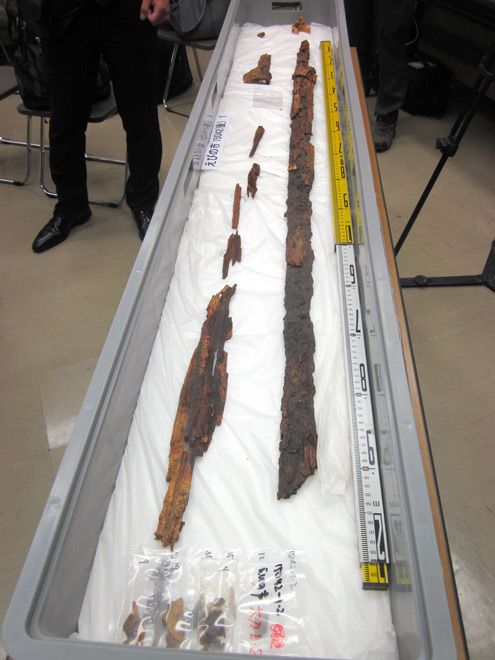 Swords have been found near remains of the person who, judging by artifacts, had the high social status. If the first sword differed in the outstanding length, then the second was allocated with the skillful handle covered with leather of a slope. 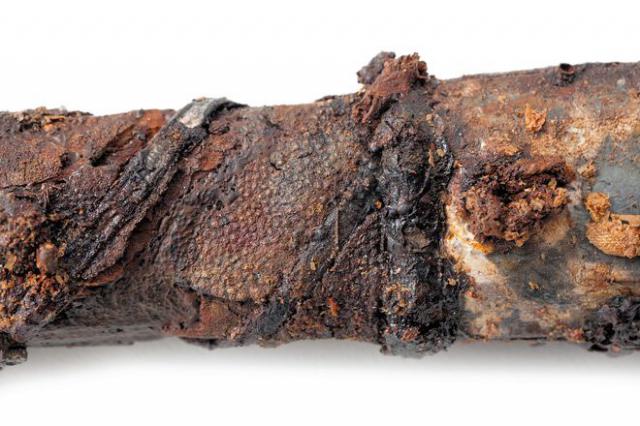 The archeologist Tatsuya Hashimoto from the Museum of university of Kagoshima considers that the person buried in burial could be in the service of the official close to the yamatosky monarch.

Besides swords other weapon and a harness has also been found in a tomb. A sheath of the longest sword was decorated by expensive fabric – “tatenishik” – in a special way the wattled fabric reminding jacquard. Now only four samples of such fabric of the period of Yamato are known.

Researchers consider that the longest sword was a gift. In addition a sword one more sword about 85 cm long with rounded off navershiy of silver has been found. His handle has been covered with leather of a slope. It is the most ancient subject found in the territory of East Asia which has been decorated with leather of this fish. Experts consider that this sword has been made in the territory of the ancient kingdom Pekche, existing on the Korean peninsula.