The longest track of dinosaur tracks was found 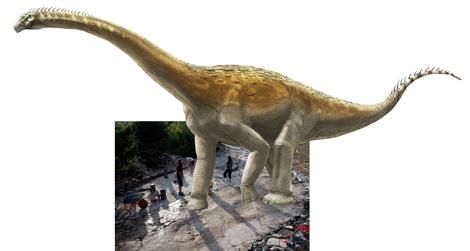 In 2009, a group of scientists discovered traces of dinosaurs near the French village of Plane in the mountains of Jura. After several years of research, the prints turned into the longest track in the world left by sauropod. As it turned out, it stretches for 155 meters and consists of 110 tracks. 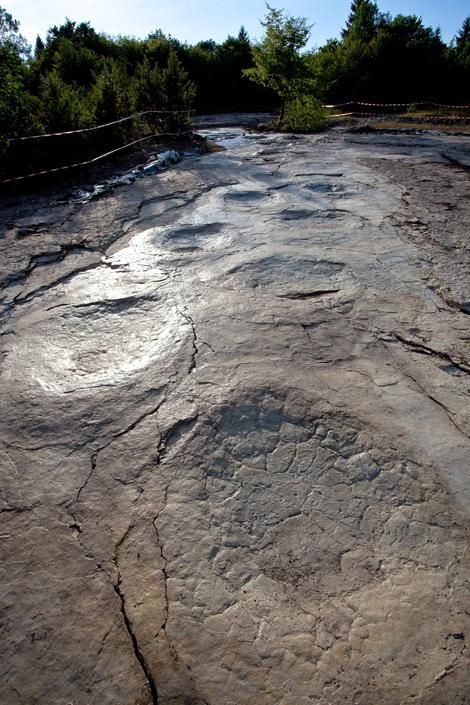 Impressions were left 150 million years ago by a dinosaur weighing no less than 35-40 tons and reaching a length of more than 35 m. At that time the region was an island washed by a shallow shallow sea. The presence of traces of large dinosaurs indicates that there was enough vegetation for their nutrition.

With a decrease in sea level, bridges from land were formed, over which giant animals could migrate.

The size of the print directly from the foot of the sauropod was 94 – 103 cm. If we take into account the dirt ejected at each step, the trace size reached 3 meters. The average distance between the tracks is 2.8 m. Scientists suggest that the trail could leave a dinosaur Brontopodus plagnensis moving at a speed of 4 km / h.

Nearby were also found another track of tracks left by a predatory dinosaur – megalosaurus. In total, 18 prints were found on a section of about 38 m in length.