The loudest bird on Earth found in Amazon 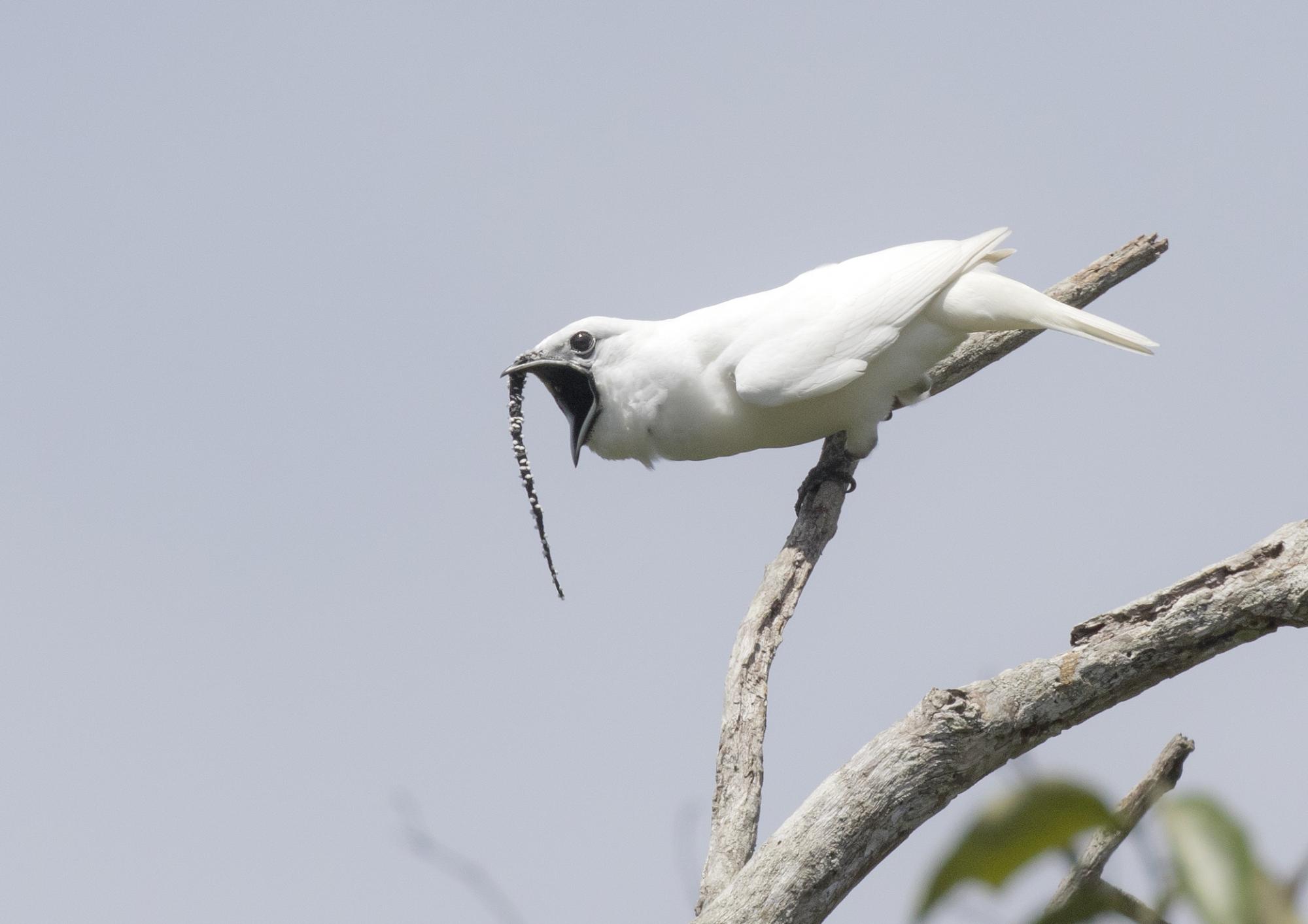 In mountainous and wooded areas in the north of the Amazon, small-sized relatives of sparrows are widespread – the single-bellied ringleaders Procnias albus, the loudest birds in the world. In addition to the catchy white color and the unusual “mustache” above the beak, male bell-ringer males attract females with a song whose volume is at least nine decibels higher than the previous record set by their neighbors in the Amazonian jungle – the loud shouts of Lipaugus vociferans.

The volume of the song, by which the males of P. albus captivate their females, can reach a level of 125 decibels dangerous to our hearing and health. For comparison, the volume of the fire siren reaches 100 decibels, and near the working engines of the aircraft, the sound rises to 120 decibels. It is worth recalling that bel is a logarithmic unit, and the difference between the volume of a fir and a ringer “only” at nine decibels corresponds to a three-fold difference in sound pressure. About this American ornithologist Jeffrey Podos (Mario Cohn-Haft) and his colleague from Brazil, Mario Con-Haft (Jeffrey Podos) write in an article published in the journal Current Biology.

During field observations, scientists measured the volume of the singing of three peaks and eight bell ringers in natural conditions and from different distances, accurately recording the distance to the bird. This made it possible to calculate the volume at which 250-gram single-bell ringleaders are capable, and fix a new record without unnecessary difficulties. The authors note that small birds are perfectly adapted for loud songs, are distinguished by thick “press” muscles and the ability to open their beak especially widely.

Of course, making such loud screams, even the fittest bird quickly runs out of air. Therefore, the songs of odous bell ringers do not differ in duration and melody. The loudest of them are a sequence of short cries. But the most curious thing is that, unlike most other animals that can make very loud sounds, for example, whales, ringleaders do not use them for communications over long distances.

Their loud song is the same element of the marriage ritual, the result of sexual selection, like the horns of moose or the tail of peacocks. The male performs it not at all from far away, but “screaming” almost directly into the ear of his chosen one. Perhaps now scientists should find out how female ringers tolerate such courtship without damaging their hearing and injuries.