The main condition for the emergence of life is determined 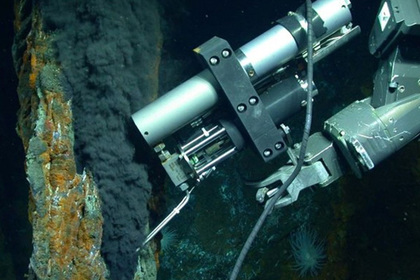 Scientists at the Woods Hole Oceanographic Institute in the United States have uncovered the mystery of the emergence of a huge reservoir of methane under the bottom of the earth’s oceans. The revealed mechanism can become crucial in the emergence of life on other planets. This was reported by Science Alert.

The researchers analyzed 160 rock fragments from the upper mantle of the Earth and the lower layers of the earth’s crust. Samples were taken from ridges and subduction zones, where the oceanic crust dives below the continental crust, as well as from ophiolites, the remnants of an ancient oceanic crust raised to the surface. The results of spectroscopy and microscopy showed that in almost all samples there were accumulations of methane and hydrogen.

Scientists have found that methane is formed when seawater seeping through deep-sea rocks enters the hot olivine, a mineral that makes up igneous rocks. When the mineral begins to cool, water containing dissolved carbon dioxide enters into a chemical reaction called serpentinization.

According to researchers, this mechanism can explain the accumulation of methane on other planets. In addition, the release of a sufficient amount of hydrogen and methane can support the existence of microbial ecosystems. The process of serpentinization could become an important factor in the development of life on Earth.