The majority of animals appeared in the Cambrian Period 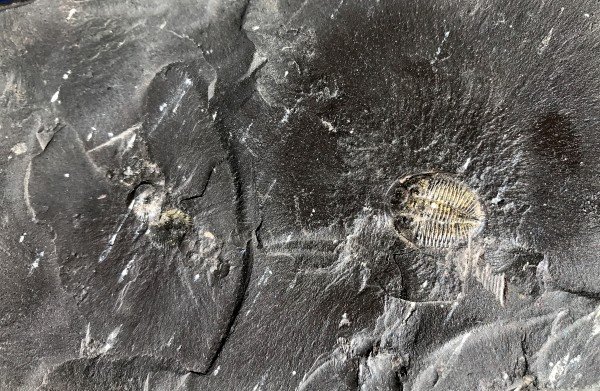 Scientists report when the majority of the known animals on Earth appeared. For development of animals nothing, except for DNA, can be more important, than oxygen in the atmosphere.

In the photo given below the black slate created about 450 million years ago is visible. It contains fossils of trilobit and other organic material. This material not only helped to delete excess carbon from the Earth’s surface, but also provided inflow of oxygen in the atmosphere.

Oxygen is a necessary element for realization of many chemical reactions. Animals use carbohydrates from food for their preoblazovaniye in energy necessary for their life. Thus, the fact that animals appeared and began to develop in time of “cambrian explosion” which coincided with jump in the atmosphere of oxygen about 500 million years ago cannot be accident or coincidence.

According to researchers, during cambrian explosion the majority of nowadays existing animal species, and also their ancestors, were born.