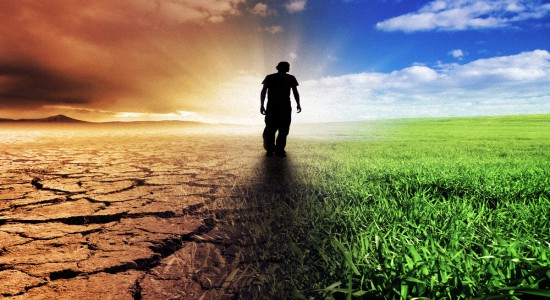 Human activities first began to cause increasing temperatures in the oceans and in the atmosphere not in the middle of the 20th century, and in 1830-1840 years, during the first industrial revolution.

This discovery surprised us. It’s rare, but all the data unambiguously pointed to the same thing. Global warming, the victim of which we become today, began about 180 years ago, ” said Neryl Abram (Nerilie Abram) from the Australian National University in Canberra.

Abram and her colleagues came to the conclusion that people began to change the Earth’s climate in General and Northern hemisphere in particular in the times of Nicholas I, Tilaran, Cavour and other figures of post-Napoleonic Europe, by examining how fluctuated the temperature of various media in the last 500 years.

As the scientists explain, the annual rings of trees, the deposits of ice at the poles and silt at the bottom of lakes, as well as the structure of corals in the seas and stalactites in caves, represent a kind of climate record. They contain information about how changing the temperature of the air, water and other environments in different parts of the world in different historical epochs.

Analyzing the similar record, climate scientists long ago figured out that since the end of the Middle ages to the early 19th century the Earth’s climate gradually became colder, the scientists linked with the onset of the so-called Dalton minimum and Maunder minimum – a long-term decline in solar activity. Approximately 1820s-1830s planet gradually began to warm up, that climatologists believed a consequence of an increase in solar activity and the effect of eruptions at the beginning of this century.

As found by Abraham and colleagues, in fact, the warming was due to human activities and the beginning of massive emissions of CO2 and other greenhouse gases in the atmosphere.

It is evident that the rise in average temperatures of air and water, which began about the years 1830-1840, was initially typical for the entire planet, but only for the Northern hemisphere, where were concentrated all industrialized countries. In the Antarctic, Australia and other continents and seas of the southern hemisphere cold dragged on for another 50 years and continued until the early 20th century, when global warming has become truly global.

According to scientists, the increase in the concentration of greenhouse gases in the atmosphere in the early 19th century acted on climate is much stronger than the minimum of Dalton or heavy-duty volcanoes, such as the explosion of mount Tambora in Indonesia in 1815, which only slowed and not stopped the process of growth temperatures.

Thus, we can say that mankind interfere in the work of climatic system of the Earth is not 70-75 years, as previously thought, but twice as long – for nearly two centuries. This discovery does not change the essence and strength of the current global warming, but it tells us that even a relatively small greenhouse gas emissions can bring the planet’s climate out of balance.