The map showed the point of future outbreaks of Ebola 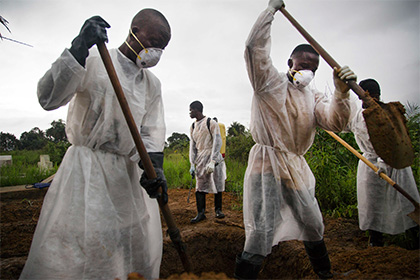 Scientists have compiled a global map of zoonotic diseases — diseases, pathogens of which are parasitic in the body of certain species of animals, and they move into the human, infecting him. Such a map will help prevent the next outbreak similar to those that led to the epidemic of Ebola (the virus crossed over to humans from a bat, which was eaten by the boy in the Guinean village). The map is in the journal Trends in Parasitology.

An environmentalist, epidemiologist Barbara Hahn (Barbara Han) from the United States decided to create such a map to go from defense strategy (containment of epidemics that have already emerged) to pre-emptive strikes. But to change the strategy, you first need to imagine a global map of zoonotic diseases.

Collecting data on all types of mammals (animals with these bacteria and viruses are most often transmitted to humans), Khan found: most zoonotic diseases are common among primates (77 species from 365), rodents (for comparison, only 244 of 2220 species). Despite its grim reputation, bats carry fewer zoonotic diseases (25) than rodents (85), primates (61), predatory (83) and hoofed animals (59).

In General, the concentration of zoonoses, contrary to expectations Han, do not coincide with concentrations of species (in the tropics). One of the hot spots of the transfer of diseases from animals to humans was almost deserted in the subarctic. Other hot spots — Europe, which is a giant populations of rodents and small insectivores, and Southeast Asia, where the diversity of mammals is combined with overcrowding of cities and villages.

The researcher admits that in her chart there are certain inaccuracies. For example, the abundance of zoonoses in Europe is primarily due to the generous funding of the research on this topic from the EU. Overall, however, the card can bring many benefits. For example, the authorities may refuse the use of forest resources, which is a hot spot for zoonotic diseases, to avoid contact between workers and animals-carriers of infections. 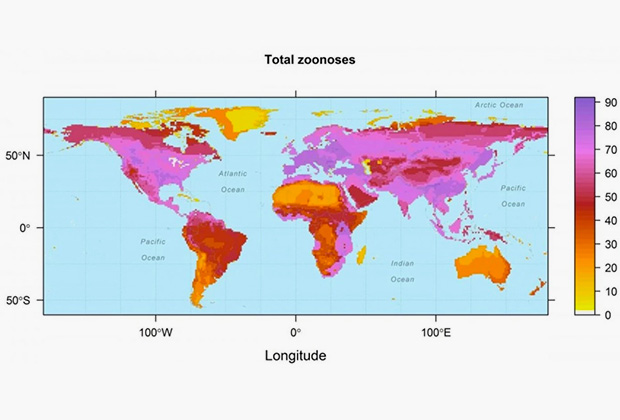