The mass of the ice sheet of Greenland began to grow 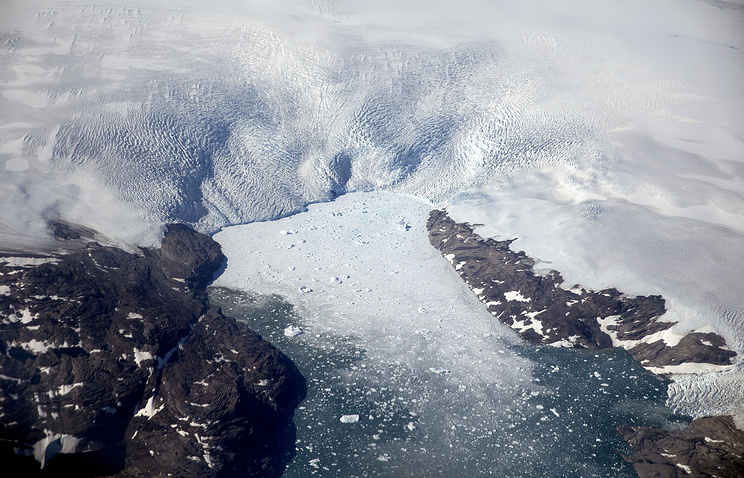 The ice sheet of Greenland, which in this decade declined at a record pace, over the past year not only has not lost mass, but has become slightly thicker.

Such are the preliminary assessments of the staff of the Danish Meteorological Institute (DMI), whose article was published by Scandinavian scientific news portal sciencenordic.com (Danish meteorologists traditionally present their final conclusions only in December).

Every year the ice of Greenland melts in June, July and August and form again from September to May. That is why in the reports on the state of the Greenland ice sheet, which DMI annually prepares together with a number of other organizations, the period from June of the previous year to September of the current year is considered.

As shown by the data recorded so far, between June 2016 and September 2017, about 200 billion tons of ice melted on the territory of the largest island of the Earth, which is noticeably less than the average annual figure, and has set 544 billion tons, while on average for the last 40 years this indicator 368 billion tons. A record high – at the level of the 80s of the last century – experts explain the amount of new ice by weather conditions, in particular, the influence of hurricane Nicole, which last winter brought abundant rains and snowfalls to Greenland.

As a rule, the summer melting of Greenland ice is compensated for the rest of the year. A notable exception was the period of 2011-2012, when in Greenland the same amount of ice melted in the summer, as it had for the rest of the year. Nevertheless, the overall balance of the ice mass of the island is strongly influenced by another factor – the separation of icebergs from glaciers along the Greenland coast. Due to this phenomenon, since the beginning of the 2000s, Greenland has lost on average about 500 billion tons of ice per year, thus annually remaining in the minus (by 200-300 billion tons per year).

However, it is possible that in the period 2016-2017 the new ice will be able to compensate even losses from icebergs.

The trend will not break

The authors note that the new data do not indicate that the melting of the Greenland ice can stop or slow down significantly in the foreseeable future. They only show that individual years can be knocked out of the overall picture because of the extremely strong influence of weather conditions on the indicator of the general ice mass of Greenland. As reminded in DMI, since 2002, Greenland has lost 3.6 trillion tons of ice. Although this is less than 0.15% of the total mass of the Greenland ice sheet, the level of the World Ocean has grown by more than 1 cm as a result. Now it is the melting of the ice of Greenland that influences this indicator most.

According to the findings of an international group of researchers led by the University of Copenhagen Shfakat Abbas Khan, published last year in the journal Science Advances, since the last glacial maximum of about 23 thousand years ago, Greenland lost almost 40% of its ice, due to which the level of the World Ocean has risen at 4.6 m.