The mathematician calculated the possibility of the existence of God 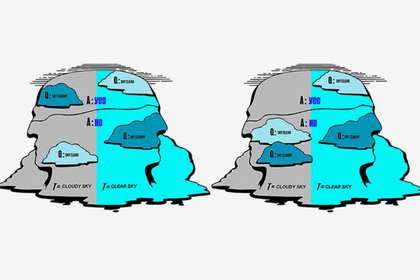 Mathematician David Wolpert (David Wolpert) from the Institute of Santa Fe (USA) mathematically formalized the impossibility of the existence of an omniscient being.

The scientist uses the concept of “Inference Devices” (English), a device that can receive information about the universe by observing current processes, storing them in memory, and correctly predicting their outcome. Such a device may be a supernatural being or a scientist armed with a supercomputer with unlimited possibilities.

According to the formal logic, the machine is able to answer the question about the state of the universe at a given time, however, the very question and method by which the answer was obtained depend on the state of the universe itself. In other words, the laws of the universe impose limitations on what a device is capable of knowing. The same goes for the ability to predict the future state. According to Volpert, this can be regarded as an extended analogue of the statement, that any prediction of the future does not take into account the influence of the prediction itself on the future.

The mathematician demonstrated that in the same Universe there can not exist two “machines of inference” with free will and omniscience. For example, two scientists – Bob and Alice – have unlimited computational abilities. “Free will” in this case is defined as the ability of Bob to ask himself a question, without limiting possible questions that Alice can ask himself, and vice versa. Then there will be a paradoxical situation when Bob can not predict what Alice will think if the latter tries to predict what Bob is not thinking about. Volpert jokingly calls his statement “proof of monotheism.”

Wolpert also shows that the same “output machine” at different points in time can be considered as two different “withdrawal machines” existing in the same Universe. According to the “proof of monotheism,” this is impossible, so an omniscient being with free will can exist only at a certain point in time.