The Maya lived by the calendar of Venus 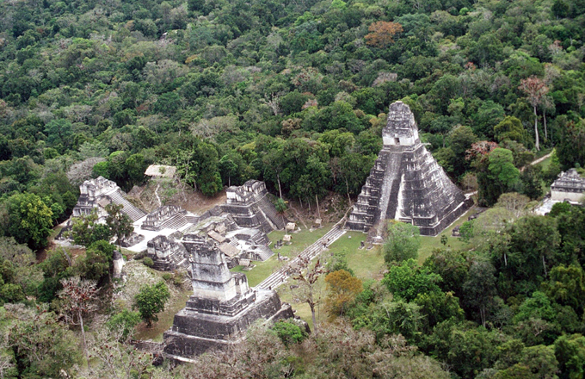 Gerardo aldana, University of California, Santa Barbara (USA) investigated the so-called Venus calendar, published on the 27-28-th pages of the Dresden Codex of the Maya, and came to the conclusion that its quite an important scientific value. The results of his work he outlined in an article published in the Journal of Astronomy in Culture.

Instructions for the priests

The Dresden Codex is one of four Mayan manuscripts that had survived in relatively intact condition. It is also the only manuscript, which is preserved completely.

The texts of the Maya were divided into thematic blocks. In fact, the codes were the priestly service (the term introduced by the Russian scholar Y. V. Knorozov). They included both hieroglyphic writing and images. A separate part of the text is dedicated to various rituals, astronomy and astrology, practices of divination and prophecies, as well as the calculation of agricultural cycles and a calendar, which helped the priests to interpret the phenomena of nature and the influence of the divine forces… the calendar was carried out cult rituals.

Since the codes belonged to the priests, they were usually placed in a tomb after the death of the owner. Most of the codes were made in the period of XI-XIV centuries, but perhaps there are more ancient manuscripts… So, in some burials of the classical era Maya were found the remains of manuscripts in the form of agglomerated mass with splashes of paint. To read them is not possible.

Spanish Chronicles report that in the early XVI century on the territory of Mesoamerica there existed a vast book Depository, but they were destroyed by the conquistadors and, later, Catholic missionaries. So, in 1562 the Bishop of the Yucatan Diego de Landa in Mani held the real book autos in his possession were burned 27 Mayan manuscripts…

By the early nineteenth century in a relatively General form is preserved, only three code named, at the locations, Dresden, Paris and Madrid. In 1971, burial in Chiapas was discovered the fourth code of the Continent, but its authenticity has not yet been proven.

The Dresden Codex received its name after the eighteenth century appeared in Germany. Manuscript in 1739 acquired in Vienna the chief librarian of the Dresden library Kurfurstliches I. K. Getse. The seller remained anonymous. Currently, the manuscript is stored in the book Museum of the Saxon state and University library in Dresden. Officially it is dated 1200-1250 years.

In the book of 39 leaves, made of the bark amate (a kind of ficus) and inscribed on both sides. This paper is called bark paper. Its production technology was developed around the V century. Meanwhile, in Central Mexico until the colonization by the Spaniards used the tanned skin of a Jaguar, a deer, or a manatee.

The page size code is 20.5 by 10 cm. They are glued together in the form of harmonics. Unfolded it reaches a length of 3.5 meters. Therefore, the exhibit is presented in two parts, one with 20 and the other 19 sheets. By the way, is the only Mayan manuscripts that are available to visitors for free viewing.

The code is a set of rules and recommendations adopted in Maya society. Aldan, unlike other official of the researchers, believes that he was created in the so-called classic Maya era (800-1000 ad). The manuscript’s worked for several authors, the chief of which was Kukupukari of Chichen Itza, most likely, held the post of the Supreme priest and possessed the scientific knowledge.

The Mayans were astronomers?

The manuscript contains a series of numbers which have been interpreted another famous physicist Richard Feynman as astronomical data. According to Aldan, the Mayan calendar was based on a centuries-old astronomical observations, carried out starting from the I century of our era. However, many experts until recently thought that these tables may not have scientific value, since their content is related to the invented the Indian system of numerology, and not with real observations.

In the 30-ies of the last century, scientists interested in the calendar of Venus, which is a table that allows you to track the phase from the second

Sun planet with adjustment for leap year. But only Gerardo Aldan was able to analyze this fragment of code in comparison with modern scientific data. The researcher came to the conclusion that knowledge of the Maya in astronomy and mathematics was much deeper than you might think…