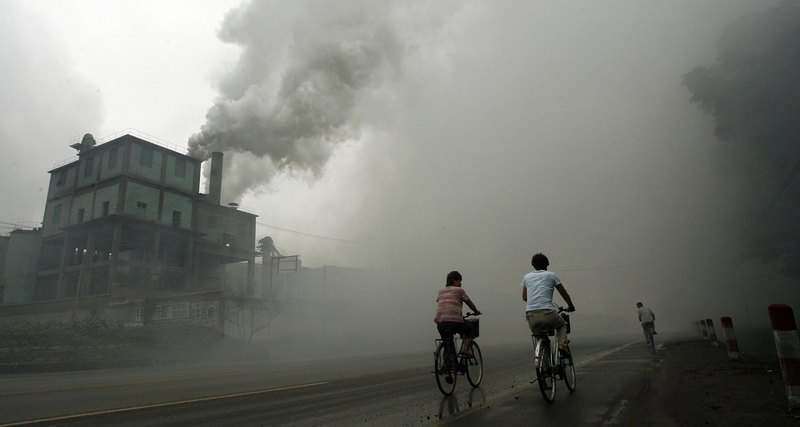 The Chinese authorities sound alarm: the Ministry of Environmental Protection of the People’s Republic of China appealed to the administrations of 20 cities with the demand to join forces in the fight against smog. The planned reduction in the level of pollution should allow to achieve an average annual concentration of hazardous small particles in Beijing up to 60 micrograms per cubic meter against the current figure of 73 micrograms. Meanwhile, the daily safe rate of such substances in the air is no more than 25 micrograms per cubic meter.

The main sources of small particulate matter in China are road transport and coal-fired power plants. Contained in city smog hazardous particles are able to penetrate into the lung and blood system of a person, in large doses causing inflammation of blood vessels and arterial obstruction. For this reason, in late 2013, Beijing adopted an emergency response plan for severe air pollution, which regulates the activities of city services and enterprises in accordance with four levels of environmental anxiety.

Nevertheless, the situation with the environment in China still remains deplorable. A representative of the Mayor’s Office of Shijiazhuang City said that despite the progress in technology, it takes considerable time to quickly identify sources of air pollution. To this end, the Chinese decided to hire employees with a good sense of smell, who would “taste” the air and determine the environmental problems by smell.

After recruitment, state “sniffers” will undergo special training courses. Professional tasters of air during working hours will be forbidden to eat dishes with spicy seasonings and spices, to use any make-up and perfume, and, of course, these people should not smoke. These victims they will have to go for the sake of maintaining an acute sense of smell and a qualitative definition of sources of pollution.