The mobile phone was charged with the laser from distance in 1.5 kilometers 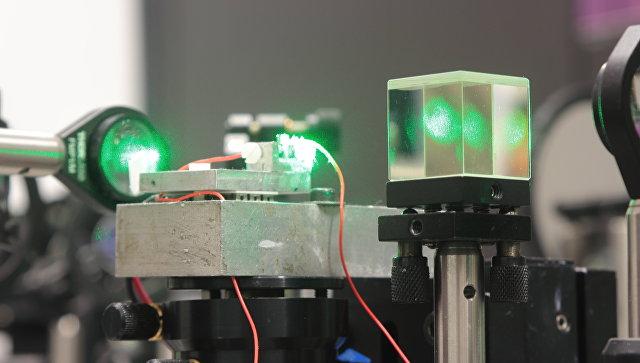 The unique experiment of the Energiya rocket and space corporation (RSC) Russia, on charging of the mobile phone by means of a laser beam, was reported by the representative of corporation.

“Phone was succeeded to load apart one and a half kilometers for an hour. The precise percent of charging is counted now by experts” — the interlocutor of the agency told.

He did not specify brand of phone and a condition of the accumulator.

The scientific experiment on transfer of electricity by means of the laser took place between two buildings.

In one of them belonging to RSC Energia in situated near Moscow established to the Queen on the sixth floor the laser transferring machine. On a roof of other building located in one and a half kilometers the target connected to charging port of the ordinary mobile phone which by means of the express device transformed laser energy to electric was established. The sizes of a target of only 10 centimeters, aiming it was carried out precisely.

As the representative of RSC Energia explained, approximately in two-three months experts will be ready to charge apart the small unmanned aerial vehicle, and in a year — to work with the larger professional UAV. Then it is planned to carry out the corresponding tests in space: with the ISS the electric power by means of a laser beam will be transferred to the cargo space ship “Progress” which will be apart 1-2 kilometers.