The model of the “Internet of the Universe” 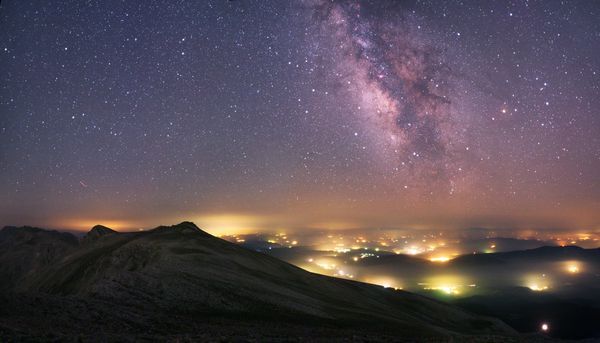 An astronomer from Great Britain, Duncan H. Forgan, described the method of interaction with extraterrestrial civilizations through transit.

Since the number of space objects in the universe is extremely large, some scholars suggest that, in addition to mankind, other intelligent civilizations may exist. Identification of the latter and the establishment of contact is engaged in the project SETI, which dates back to 1959. The search for a signal is limited to radio emission with a wavelength of 21 meters and a frequency of about 1420 megahertz (radio link of neutral hydrogen) – signals of any high-tech life are considered to correspond to this universal parameter. In 1960, the American astronomer Frank D. Drake suggested broadening the range of monitoring and using a 25-meter radio telescope.

The author of the new article considered an alternative method of communication based on the transit method (due to the passage of the Earth in front of the solar disk). The concept provides for two approaches. The first is to build large structures that periodically eclipse the Sun and thus encode the given messages. The second method of coding involves the filling of spectral absorption lines (formed when light penetrates the atmosphere of the planet) of certain chemical elements by a laser whose radiation is directed to the observer. Theoretically, the change in the spectrum in this case will also be programmable, which means it can transmit information.

The researcher proceeds from the fact that there are many stars potentially receiving signals. Now in the zone of the Earth’s transit within a radius of 3000 light years, there are at least 82 such objects of classes G and K (sun-like). It is expected that in the future their catalog will be replenished by three more orders. To test the hypothesis, the scientist created a model with sun-like stars, the galactic zone of habitation which contains planets. Then he built graphs, allowing to trace possible connections between the elements of the system, and calculated the delivery time of messages. Separately, Forgan determined how many civilizations in general can interact in this way and for a specific period of time.

The results showed that 36-39 civilizations will be able to establish contact through transit for 500 million years, whereas for 350 each other’s existence will remain unknown. The minimum distance that the signal should overcome is estimated by the scientist at 16 light years. With successful interaction, the link between civilizations, according to the model, will remain, despite changes in the position of the star or planet. It is possible to form such an exchange of messages for a billion years. Significantly accelerate the process will allow the transfer of data on the location of other civilizations – in this case, according to calculations, the connection to the network of all the inhabited planets will take 300 thousand years.

It is worth noting, the analysis of the astronomer is simplified. In particular, it does not take into account the lifetime of civilizations, the evolution of the orbits of planets and stars.