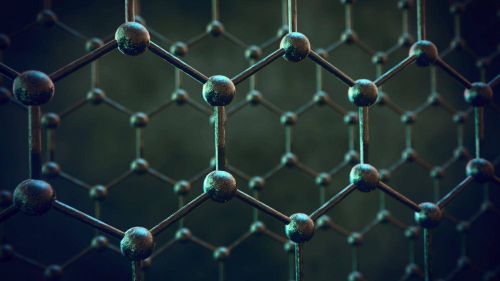 The international group of scientists developed technology which allows to change predictably a charge of organic molecules, the associated to a decanter.

The decanter represents a two-dimensional crystalline grid from carbon atoms thickness in one atom. At the expense of high (maximum of known) mobility of charge carriers it is considered as a perspective basis of a nanoelectronics. However for operation on such devices it is necessary to connect an organic molecule to a decanter — it plays a role of “switch” which can encode predictably information. Still it wasn’t possible to receive such system.

Besides, creation of a nanoelectronics restricts that it is difficult to interpret results of association of molecules to a decanter. In new operation scientists from the University of California in Berkeley and other institutions made an experiment with a leaf of a decanter which the molecule of a tetraftortetratsianokhinodimetan (F4-TCNQ) joined. Earlier this connection was used as an acceptor (impurity which gives to a crystal hole type of conductivity) of electrons in LEDs.

Then by means of an electric field authors increased electronic density of a decanter and watched behind changes by the scanning tunnel spectroscopy and atomic and force microscopy. Results showed that after processing by an electric field the decanter gives a part of electrons to the molecule F4-TCNQ, changing its charge predictably. According to scientists, it can help with design and development of miniature electronics on the basis of a decanter, especially devices for data storage.

“Such switch can be used for information storage by analogy with a flash memory in USB drives. The alternative application is the medicine: theoretically such molecule can become a biosensor element for detection of cancer cells” — the coauthor of operation Johannes Lischner reported. He added that adaptation of technology for several molecules at the same time, and also their fixing on the countess will become the following step.