The moon has a powerful influence on how we sleep 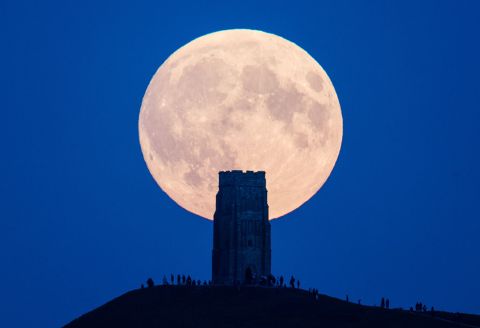 Sleep is one of the most important things humans do, but millions of us don’t do it enough. Some of the distractions that keep us from getting enough sleep are obvious. Others are less obvious, they remain mysterious–even though they have probably been disrupting sleep for thousands of years.

In this case, we’re talking about the moon and its cycles, which have long been studied for their potential effect on human sleep.

In the new study, which is one of the largest of its kind, a team of scientists monitored the sleep of more than 850 people in Uppsala, Sweden, using polysomnographic measurements to determine the onset, duration and quality of sleep over the course of one night.

These one-night measurements were recorded in people over several years, in both men and women. The nights recorded represented different stages of the lunar cycle: the rising of the new moon before the full moon (with the visible illuminated area increasing in size), and the “waning,” when the illuminance decreases after the full moon, in the period before the next new moon.

It is thought that the increase in brightness of the waxing moon, reaching an optical crescendo on the night of the full moon, should have a negative effect on human sleep in general, since people tend to sleep better in the dark. Some studies have indeed confirmed this theory.

The results of a new study confirm that lunar cycles do have a significant and noticeable effect on a person’s sleep, but, interestingly, not everyone is affected in the same way.

“In contrast, women’s sleep was virtually independent of the lunar cycle.”

While the results on women are generally less conclusive about the moon’s influence on their sleep patterns, the phenomenon certainly can’t be called unnoticed.

The team’s article shows that the women in the study slept an average of nearly 12 minutes less per night during the rising period compared to the waning nights.

“Our study, of course, cannot determine whether the relationship between sleep and the lunar cycle was causal or simply correlational,” Benedict says.

In other words, there’s definitely something going on here that seems to make people sleep differently, in sync with how bright and full the moon is on a given night. It’s just hard to determine the extent of this influence authoritatively.

Nevertheless, researchers are happy to make a few guesses, and in directions that, again, are both obvious and not.

“With each additional day during the waxing phase, the moon reflects more and more sunlight back to Earth, reaching maximum illumination on the day of the full moon,” the team writes in their study.

“In addition to light, the circadian rhythms that control sleep timing and quality are influenced by nonphotic factors, including gravity… Differences in the gravitational pull of the moon during sleep between rising and falling phases may thus explain some of the observed differences in sleep.”

There are also potential geomagnetic effects that require further study.

But for now, at least, the moon, acting as a huge, awkwardly positioned mirror reflecting light from the sun, remains the most reasonable explanation for cyclical sleepless nights.

The findings are presented in the journal Science of the Total Environment.

the entire universe is connected electromagnetically for sure but the struggles with moon sleep have more to do with bug activation then healthy sleep interruption. human ecosystem goes into cleaning mode at night with a reduction of immune system so the bugs go buggie, in the morning as the sun rises everyone feels a little better as bug go less active and immune system recharges whit the sun, same thig happens when you have a cold or whatever illness you get.