The moon is cut off from the Earth mantle piece 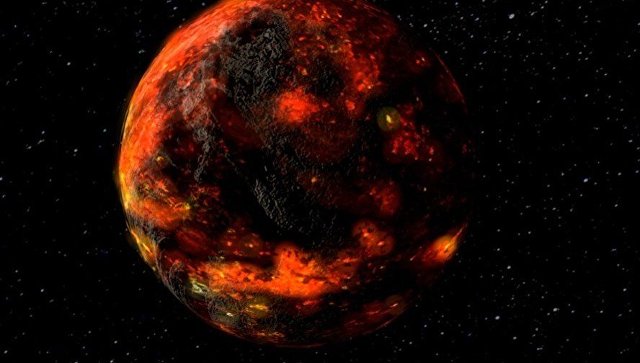 The moon consists mainly of rocks of the mantle of the ancient Land, torn from our planet during its collision with Theia, the progenitor of the moon, which suggests that almost all the Land was virtually vaporized.

Our work was the first hint that the collision of proto-Earth and theis do mostly vaporized the planet. Measurements of isotopes, which we spent, have the maximum precision, they failed to show that the proportion of elements in the matter of the Earth and moon are different, — said Wang kun (Kun Wang) from Harvard University (USA).

The last 30 years, it was assumed that the Moon formed as a result of collision theis, protoplanetary body, with the embryo of the Earth. The impact resulted in the ejection of matter theis and proto-Earth to space, from this material formed the Moon. Theory of collision of proto-Earth with a large celestial body explains well the mass of the moon, the low iron content therein, and other parameters.

However, this clash is a significant part of the material constituting the moon was supposed to bring hypothetical Theia. In its composition it had to be different from the Earth, as different from her most celestial bodies in the inner Solar system, including terrestrial planets and asteroids. But in fact, the composition of the Earth and moon are very similar, down to the same proportion of isotopes of many metals and other elements.

As van says, there are two main versions of this cosmic accident – a head-on collision in which Theia struck the mantle of the Earth and had completely melted, knocking out a large number of species from our planet, and a relatively weak collision on a tangent, which resulted in the future the Moon formed mostly from rocks of theis.

Most planetary scientists believe the correct second version, since this scenario is necessary in order to explain why lunar rocks contain little iron and why the Moon is moving away, not moving closer to the Earth, as do the Phobos and Mars.

In January 2016 according to this theory was dealt a severe blow – chemists analyzed the proportion of oxygen isotopes in samples of lunar soil from Apollo and found no differences with the indicators of the Land that was supposed to be totally different, if the Moon was born that way.

Wang and his colleague Stein Jacobsen (Stein Jacobsen) found another argument against this theory and argument in favor of the idea of a frontal collision, by measuring the proportion of other isotopes of the element potassium in the rocks of the earth and the moon.

On the Earth and the moon, as the scientists explain, there are two isotope of this element – potassium-39 and potassium-41. Their relationship was set during the birth of the Solar system, and change is almost impossible, except by complete evaporation and deposition of rocks in which they are contained. So, if the Moon was born from the wreckage of theis and of the upper layers of the Earth, the proportion of potassium-39 and potassium-41 in its rocks and in the rocks of the Earth will be the same.

By measuring the proportion of potassium-41 and potassium-39 in seven different samples of lunar soil brought to Earth by the expeditions of Apollo 11, 12, 14 and 16, and van Jacobsen found that potassium-41 to them by 0,04% more than in the rocks of the Earth and primitive asteroids are chondrites, which are now considered the closest analog to primordial matter of the Solar system.

How there could be such a difference? According to the authors of the opening, a similar picture could arise only in the case if the Moon was born as a result of the evaporation of large amounts of matter earth’s mantle into space, a molten drop theis, drowned in the depths of the Earth.

When the former rocks, the Earth began to cool and turn into the moon, relatively easy potassium-39 more actively drains out of them into space, the more severe the potassium-41, with the result that any of these differences in the proportions of the isotopes. Other inconsistencies in the proportions of isotopes of other elements in the rocks of the moon and Earth, according to the van and Jacobsen, could be the same way.