The most ancient stone of Earth found on the moon 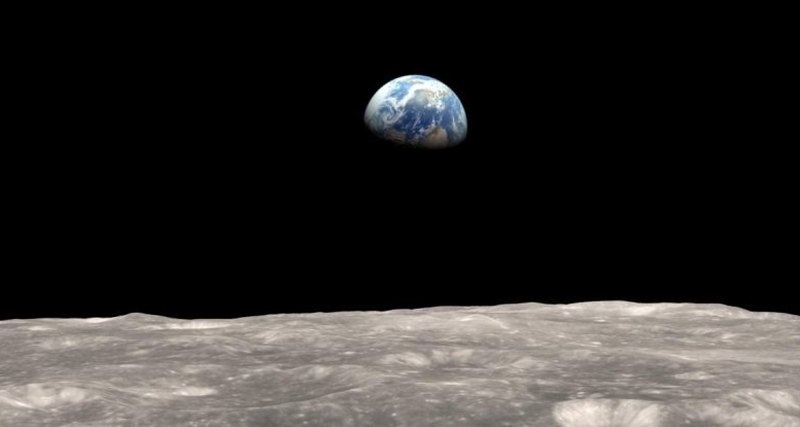 In 1971, astronauts participating in the Apollo 14 mission brought from the moon an unusual piece of rock called Big Bertha. Scientists examined him and said that in fact he had flown to the moon from Earth!

Surprisingly, the most ancient rock of the earth was found … on the moon. Apollo 14 astronauts returned it to their home planet, along with soil samples back in 1971!

Officially, none of the scientists have not yet stated that the moon was once part of the Earth – this is only one of the working hypotheses about the origin of the satellite. However, some indirect evidence is in her favor. The most interesting today has become a simple piece of quartz, feldspar and zircon with a total weight of only 2 grams, enclosed in a large piece of stone called “Big Bertha”. These minerals were brought by astronauts from the moon, and if on the satellite they are rare, here on Earth, they are very common.

It would seem so what? However, chemical analysis showed that they formed in an acidic environment similar to that of the earth. And at a temperature that can not be on the moon. At least, none of the lunar samples is evidence to the contrary. So how did this stone get there?

According to scientists, it was launched from Earth about 4 billion ice back — most likely at the moment when an asteroid or comet crashed into a still young planet (it was only 540 million years old then) and fragments of stones flew into space. Since the moon was then three times closer to the Earth than it is now, some of these fragments of rock could easily get to the satellite. 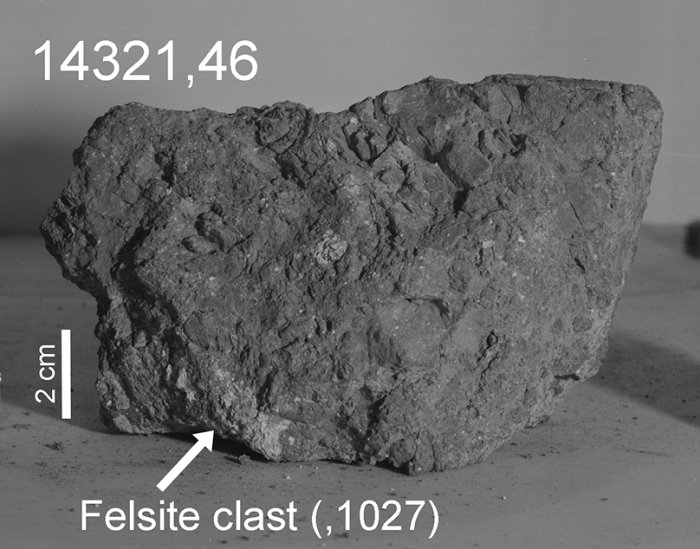 The analysis helped the inclusion of zirconium, because it contains uranium – knowing the period of its half-life, the researchers were able to establish the exact dates of the events. As a result, rock formation was dated approximately 4–4.1 billion years ago. It formed under the surface of the planet at a depth of 20 km, where it stayed until some powerful impact launched it into space.

When she reached the moon, she remained for a long time in the thickness of the lunar rock, until about 26 million years ago she was again pushed to the surface during the impact of the meteorite that formed the Cone crater. So she lay in the dust until Big Bertu was found and Apollo 14 astronauts were taken to Earth.

Theoretically, however, this piece of rock could have been formed on the moon, but with one condition – conditions that were different from everything we know about it should reign on the satellite. This rock should have been formed at a depth below 30–70 km from the surface level, in an “unusually acidic magmatic medium” with oxygen levels that were significantly higher than those in the lunar mantle 4 billion years ago.

Perhaps the situation will become clearer in the future, when the next expeditions will collect more samples. In the meantime, scientists can only build theories and guess how a stone from the Earth turned out to be on the Moon.