The most bystry simulator of quantum systems is created 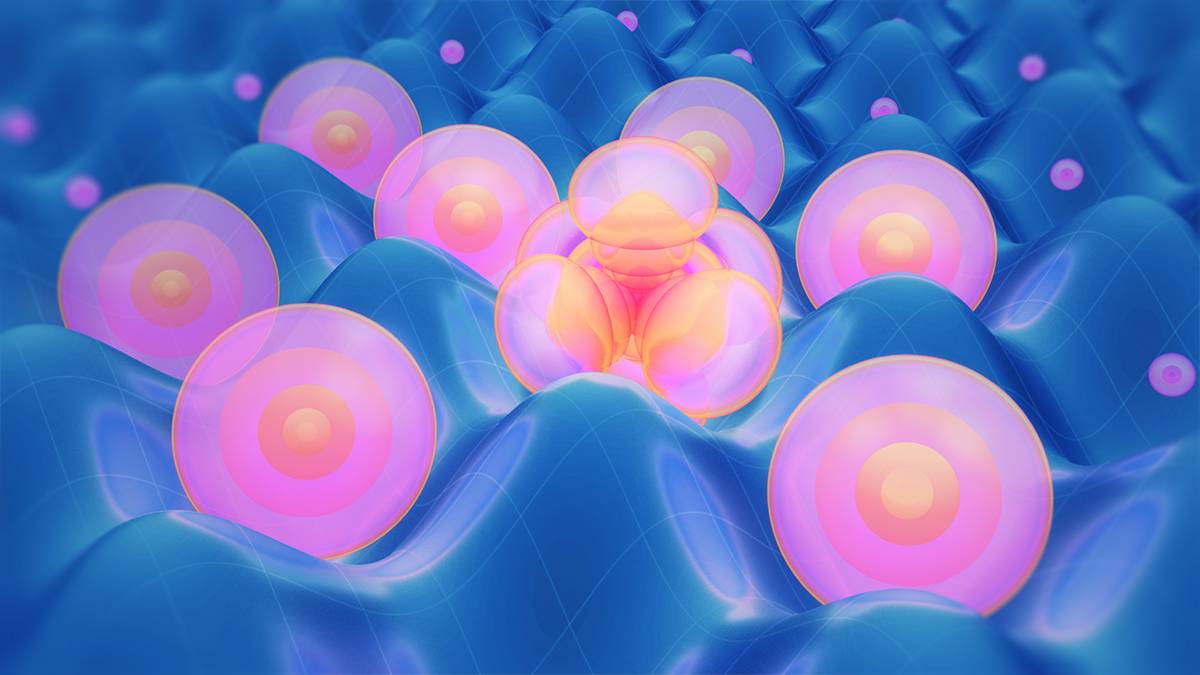 The international group of scientists developed the simulator of quantum-mechanical dynamics of a set of particles which works with picosecond interactions. Results of a research are published in Nature Communications log.

The study of quantum multiparticle systems is important for understanding of the physical and chemical phenomena, such as magnetism and superconductivity. In experiments ultracold ridbergovsky atoms (their outer electron is in a “boundary”, high-excited state), which are irradiated with the laser (nano – femto – or picosecond) can play a role of such systems, for example. However still in these temporal scales scientists could watch only isolated atoms or misphasing of interaction of two bodies.

In the operation scientists from the Heidelberg university (Germany) and other institutions created the quantum simulator which can imitate dynamics of systems from 20–40 ridbergovskikh of atoms. For this purpose authors used gaseous rubidium which atoms were cooled to approximately 70th microkelvin and were irradiated with broadband picosecond laser pulses with wavelength of 481 and 779 nanometers. At the same time peak density of atoms was extremely high — 1,3×1012 on cubic centimeter. 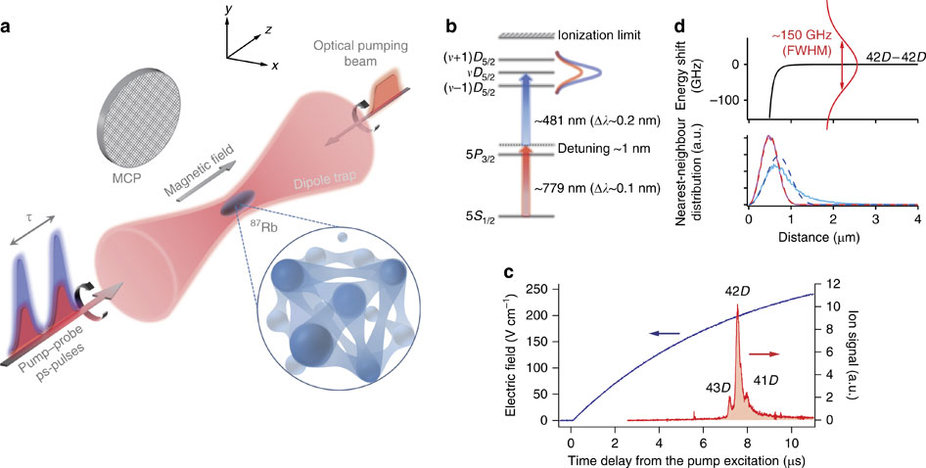 Mechanism of operation of the simulator.

Results have shown that the new simulator allows to cause a ridbergovsky condition of atoms in the range of interatomic distances from a micrometer to the isolated atom. By means of an interferometry authors could observe a rasfazirovka of electrons with the period of fluctuations in one femtosecond and shift of phases in attosekundny scale. Indicators of a rasfazirovka and shift then were compared to results of theoretical modeling. Thus scientists could track atomic correlations which aren’t entered in the theory of the average field.

According to researchers, the technology can be reproduced at the room temperature — the Doppler shift of the necessary size is for this purpose necessary. Besides studying of the fundamental phenomena, the simulator can be used for improvement of the atomic clock on the basis of an optical lattice or induction of new phases in which electronic wave function is crossed with ridberogovsky atoms. Now such observations are impossible because of the short duration of a “boundary” state (about 100 nanoseconds).