The most dangerous ants in the world 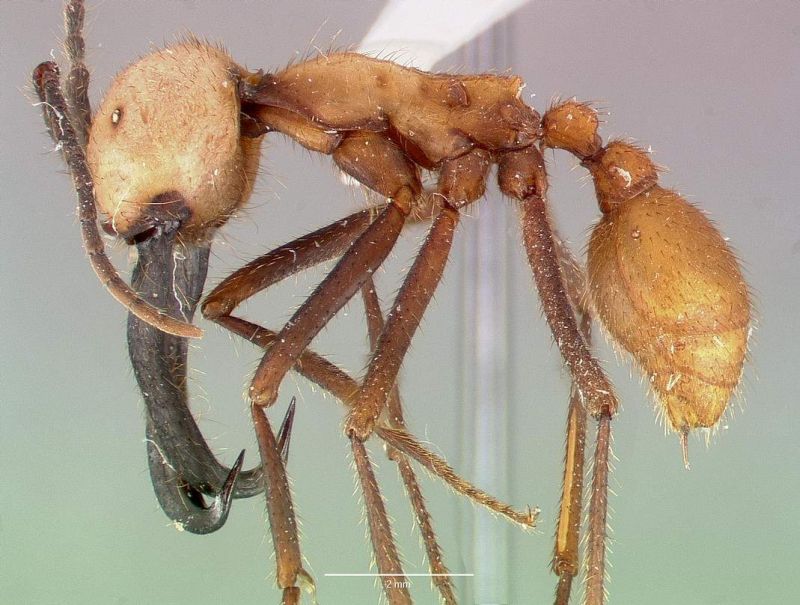 With the ant word, almost everyone will have a picture of the usual small, black murash of small sizes, well, or his red forest fellow.

However, among a large number of these insects, there are also such ants that, despite their small size, can sow terror and panic not only among people but also among animals. It is an army soldier ant. 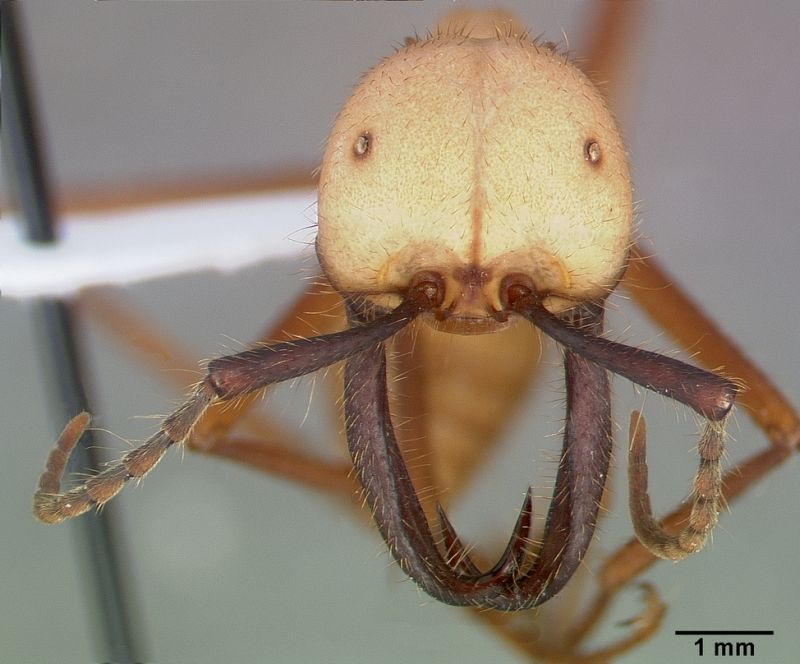 The most dangerous ants in the world are army ants, which are found in the channels of the Amazon River, in Asia and Africa. The size of these ants varies from 12 mm to 3 cm. The body of these dangerous ants has a yellow-gray color and is covered with a set of hairs. They have sword-like stingers half the size of their body. Army ants are aggressive and completely blind. Everything that meets them on the way turns into small pieces. They do not see and do not feel the size of the prey and attack everything that moves.

The name “army ant” was due to the fact that the thousandth colony never sits on the spot. They stop moving only when the queen lays eggs. While she puts them off, the ants are looking for food for future offspring. When small ants appear, these dangerous ants continue to move the colony further. 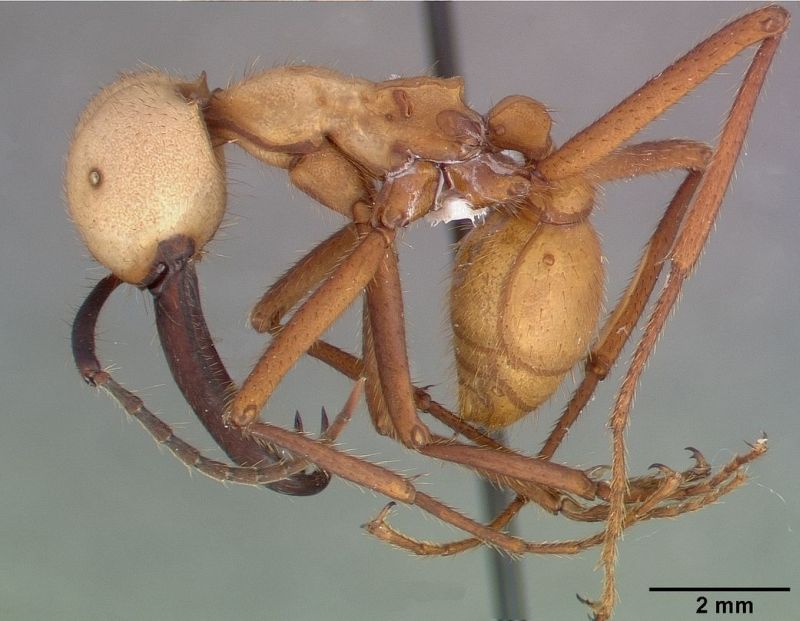 In their own way, these insects are unique creatures of nature. They do not need any anthills, and they do not build them, because they are insects by nomads. They got their name due to the fact that the structure of the ant colony includes about one million individuals, for real, it’s just a mobile battalion. While the queen is engaged in rearing offspring, the ants are scouring around the neighborhood in order to provide themselves and the future generation with food.

Another feature that distinguishes them among other ants is their ability, using their bodies, to create organic architectural designs. Clinging to each other, they form any structure that will be used for the benefit of the entire colony. It is not only the living “walls” that protect the offspring and their queen from the weather, but also bridges that enable them to overcome any obstacle.

When the time comes for the queen to lay eggs, the number of which can reach several thousand, the whole ant colony stops for a halt. After the small larvae appear from the eggs to the light, the column, gently lifting them, again begins its movement carrying death and ruin in its path.

This kind of ants consumes everything that comes in its way. Especially frightening is that because of their blindness, they attack even that victim, which exceeds their size a thousand times. An animal that falls on the way, who did not realize on time off the road, or just asleep, they attack all the detachment at once. Thus, the victim does not even have time to understand what is happening, dismembered and eaten alive. These insects do not require poisonous stings or the use of ballistic acid, they act on the psyche of the animal, causing the boundless panic. 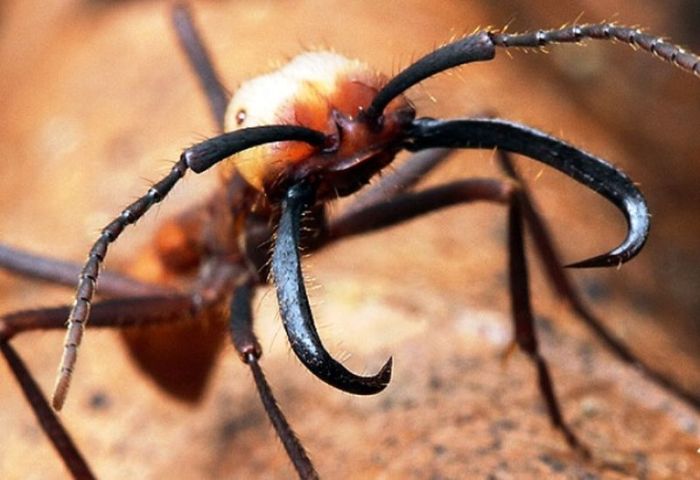 According to scientists, ants do soldiers because of the fact that they are very hungry, but just everything that comes across in their way seems to them as a threat to the existence of the whole colony.

Enemies of an army ant

After the above, it is probably difficult to imagine that these insects can have enemies. For today about such, no information is available.

Are army ants dangerous for humans?

It is known that the colony of these ants ate the size of animals with a horse. On the inhabitants of Africa, army ants instill fear and horror, as they destroy everything in their path. They even learned how to build bridges from themselves to cross the river. These giant ants eat poultry, rats. People find dead tied horses and dogs. It’s terrible even to imagine what will happen to a person if such an army meets. They eat a large animal in about 6-7 days.

The use of army ants in medicine.

In Africa, army ants are used as surgical clamps. They are brought to the edge of the wound, the ants bite it, after which the body of the ant is cut off, and the jaws join the edges until the wound heals.

To date, it is still not known exactly how many species of ants exist in the world, but scientists can confidently state that it is the army ants that are the most dangerous ants in the world.