The most deadly infection in the world is named 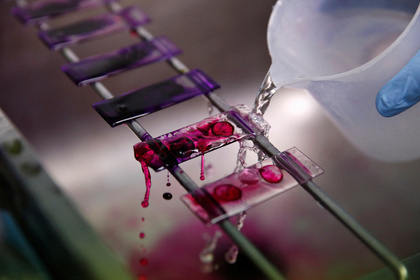 Tuberculosis remains the most deadly infectious disease in the world, despite the fact that mortality from it has decreased. This is reported in the report of the World Health Organization (WHO).

According to specialists, since 2000, about 54 million deaths from this disease have been prevented, but states still do not do enough to combat it. It is noted that in 2017, 10 million people became infected with tuberculosis, 1.6 million died from it.

Doctors again urged countries to recall national and international commitments. Their leaders, stressed in WHO, can draw on the recent steps taken in India, Russia, Rwanda and South Africa.

One of the problems experts called a resistant form of tuberculosis, in which the infection does not respond to rifampicin – the main drug against the disease. In addition, in many countries, enough funds are not allocated to fight the disease. In 2018, according to WHO estimates, 3.5 billion dollars is needed to finance anti-tuberculosis programs, and this amount may double by 2022.

Tuberculosis is one of the most widespread diseases in the world. With its open form, microbacteria are found in the discharge of the patient, while the person becomes infectious. Some scientists believe that about one third of the world’s population is infected with tuberculosis.